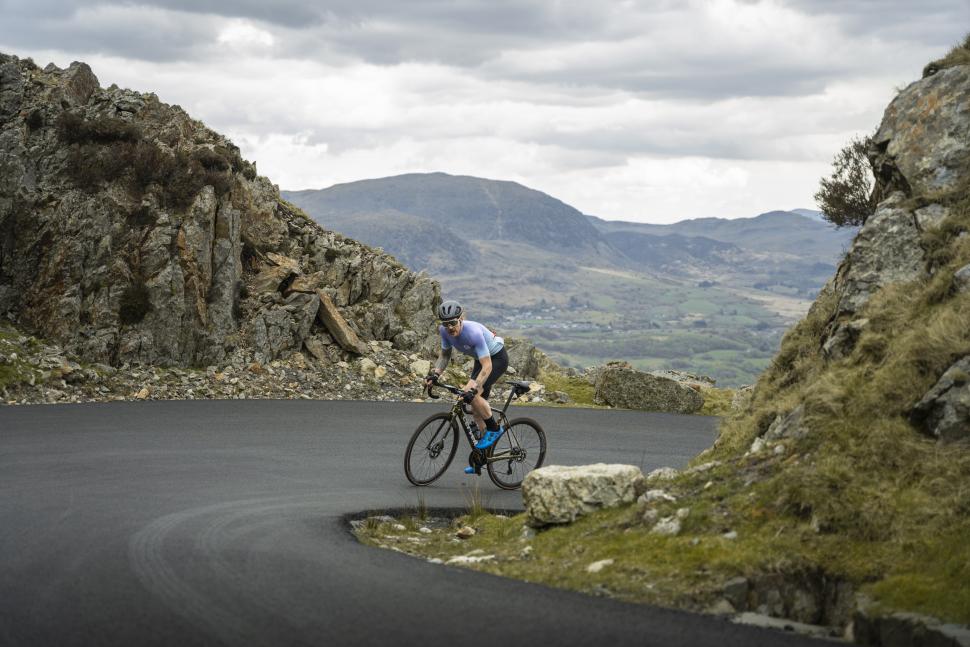 “What is the matter with people?!” Chris Hall’s supplies stolen* during mammoth seven Everestings in seven days charity challenge

*Update, 19/5/22: Chris' supplies were actually mistakenly collected by well-meaning individuals who tried to donate them to a local foodbank, before the whole lot was returned later in the day - full story here

Talk about having no luck… endurance cyclist Chris Hall has suffered an early setback in his epic attempt to complete seven Everestings in seven days, after a box of food and snacks – including all eight of his water bottles – were swiped by thieves three days into the mammoth challenge.

Hall is currently riding up and down the stunning and brutally steep Llyn Stwlan Dam in northern Wales as part of his “Seven Everests” project, in which the glutton for punishment will climb at least 8,848 metres a day for a week (that’s 33 reps and 182km a day on the twisting Welsh climb, which averages a leg-breaking 9.7 percent), totalling 61,936 metres by the end of the challenge.

This latest epic climbing test follows his successful 2020 attempt at trenching, which saw Hall ride 91 times and 450km up and down Box Hill, covering 11,870m of climbing and descending – nearly 1,000m more than the depth of the Mariana Trench.

> Could you Everest every day for a week?

Hall is undertaking his latest epic, which began on Monday, to raise awareness of mental health issues and to raise funds for the Movember charity.

However, after brazen thieves nicked Hall’s fuel for the week, his team have issued a call for local cyclists to help out with some much-needed supplies.

“We need your help… a huge box full of water bidons, food and snacks Chris has been using to fuel himself on his Seven Everests challenge at Stwlan Dam in Wales has been taken,” Hall’s team said in an Instagram post.

“We’re working as fast as we can to get more appropriate supplies for him so he can continue the day’s climbing, but we could really use some cycling water bottles that will fit on a bike to continue the challenge.

“We had eight and they’ve all been swiped. If anyone in the immediate area could spare a couple for us to use, please get in touch. In return we can offer you some fresh new Attacus water bottles for your bike.”

Hall is no stranger to setbacks at the hands of unsavoury characters during his epic rides.

Last spring, we reported the shocking story that Chris had called off his England-crossing charity ride from Land’s End in Cornwall (the country’s most westerly point) to Ness Point in Lowestoft (the most easterly) after being attacked and pushed off his bike by a group of men in Andover.

After being forced to abandon that attempt, Hall returned later in the year to finish what he started, riding 700km across England in under 30 hours (including a two hour stop for some sleep), raising over £10,000 for charity in the process.