UK cities where cyclists feel most unsafe ranked in new survey - where does your city rank?

Cardiff is the UK city where cyclists feel most unsafe, according to a new survey from cycling insurer Cycleplan as it launches a cycle safety campaign along with brand ambassador and former road world champion Lizzie Deignan.

The Welsh capital, which it should be acknowledged is currently rolling out protected cycle lanes across the city, was seen as unsafe for cycling by 71 per cent of respondents to the survey.

It was followed by Leeds on 65 per cent and Birmingham on 63 per cent, and in each city in the top 10, shown below, which was rounded off by London at 54 per cent, more than half of participants felt unsafe.

The sample of 1,732 regular cyclists was drawn from Cycleplan’s own client database with between 90 and 100 respondents per city analysed. 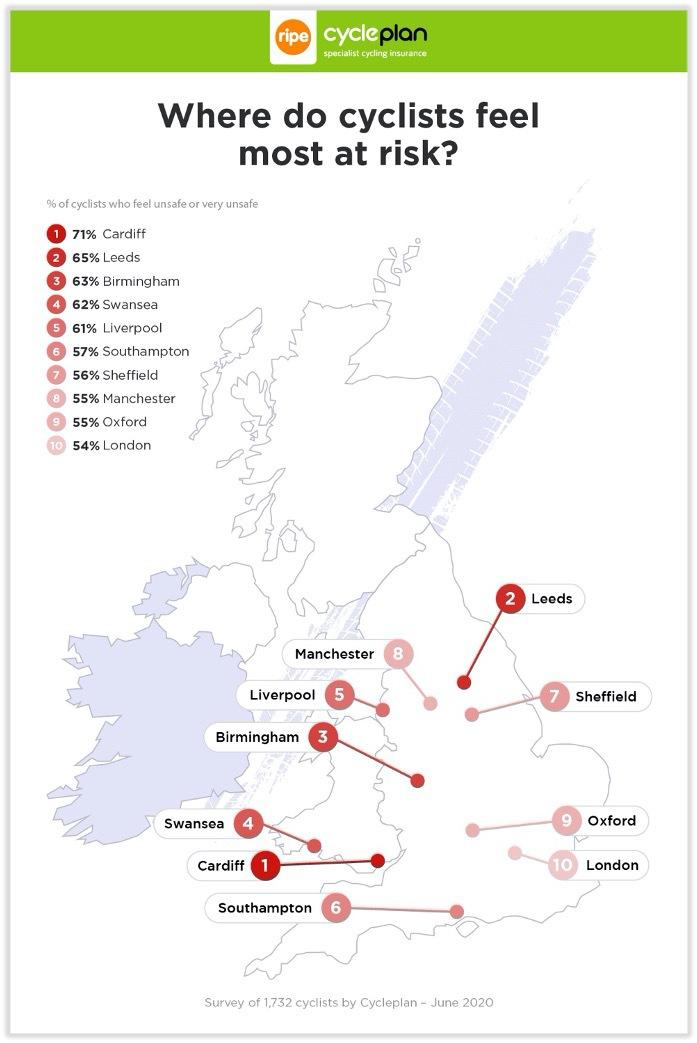 Other cities that fell outside the top 10 were  Aberdeen, Belfast, Bristol, Cambridge, Edinburgh, Glasgow, Hull, Newcastle and Nottingham, however across the UK only 17 per cent of cyclists felt “safe” or “very safe” while riding in the city where they live.

Other findings are contained in the infographic below, and the company, which has today launched its Pedal Safe cycle safety campaign, also provided some harrowing testimonials from survey respondents, shown at the end of this article.

John Woosey, founder and managing director of Cycleplan, said: “These findings are extremely concerning, particularly given the emphasis currently being placed on cycling as a silver bullet for reducing pressure on public transport in the post-lockdown era. Let’s be clear, we’re certainly not saying that cycling is a bad thing. By contrast, it’s been fantastic to see the huge increase in participation over the past few months.

“However, cycling comes with a degree of risk - one that everybody must be mindful of. It’s a sad fact that roads across the UK currently fall short when it comes to providing a risk-free route for cyclists. That’s why, as part of Pedal Safe, we have shared our top tips for road cycling safety, and we would urge all cyclists to refer to these as a minimum before heading out on two wheels.”

Brand ambassador Deignan commented: “It’s fantastic that people are being encouraged to cycle more, but we need to make sure they feel safe. More infrastructure will be vital, as will educating drivers to be more patient and to share the road. After all, most cyclists are also drivers and vice versa. There should be room for us all.

“I would advise anyone who feels nervous on the bike to take all possible precautions to feel more confident. For example, wearing bright clothes and lights to be as visible as possible, not hugging the kerb – sit a bit further out to make yourself seen. This also takes away the temptation for drivers to nip by without making sure there is a safe gap in traffic to overtake.” 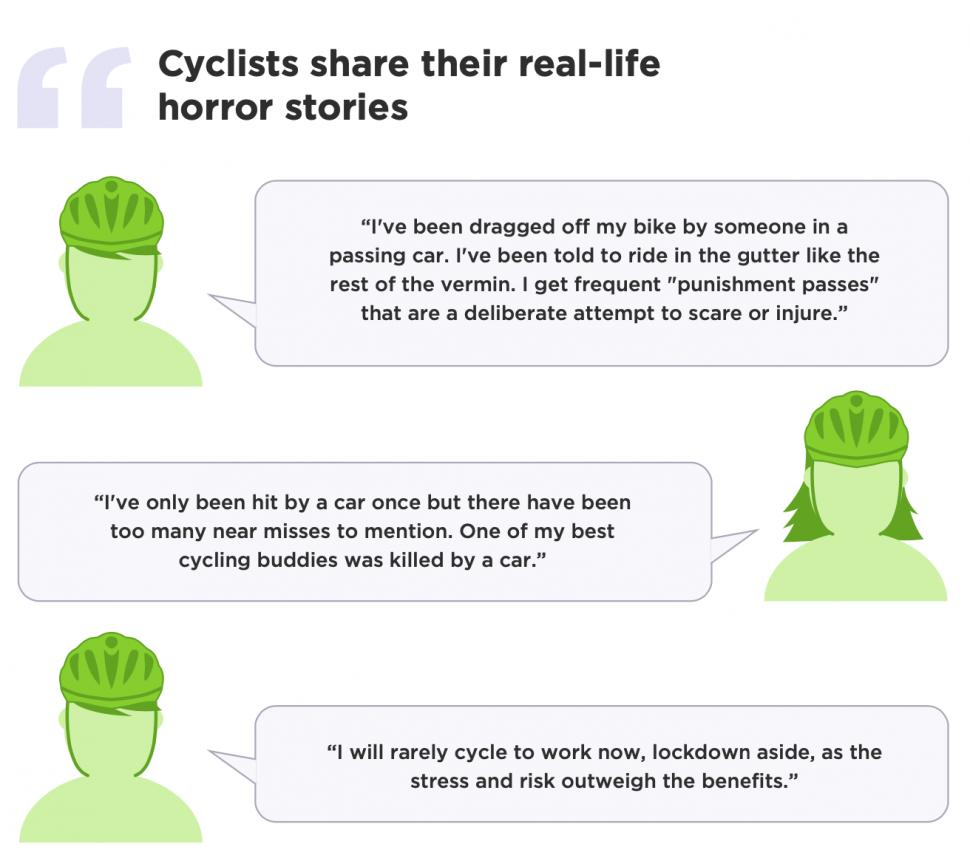