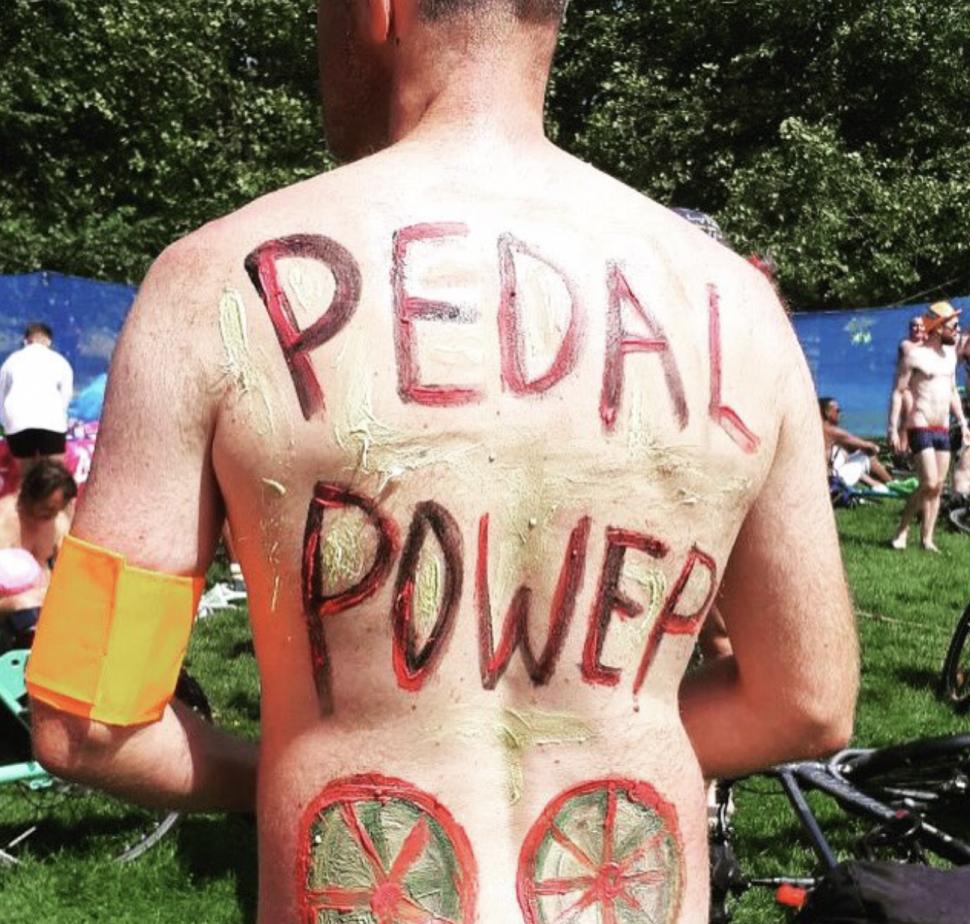 End to End: ‘Free Wilders’ to cycle naked across Britain

Riding from Land’s End to John O’Groats is a daunting enough challenge for any cyclist – but for Colin, Sadie, Hannah and Neil, a group of naturist rewilding advocates, the 960-mile route will be made even more difficult by the absence of any clothes.

Yes, that’s right – the group, known as the Free Wilders, are planning on riding the length of Britain completely in the buff. They are doing so to raise awareness of rewilding, which the group claims “is possibly the most important thing for us to do right now to prepare ourselves for the challenges of climate change”.

Rewilding advocates aim to restore the earth’s ecosystems to the point where nature can begin to take care of itself, which they believe will help humans “reconnect with nature and create opportunities for new nature-based economies”.

According to the group’s Just Giving page, the four cyclists (who enjoy living naked to varying degrees day-to-day) agreed that riding from Land’s End to John O’Groats naked would help capture the public’s imagination, as well as being – in their eyes anyway – “fun”.

“If we just do the ride in cycling gear, no one will notice our message,” the group say. “But also, we all enjoy living naked in our day-to-day lives and we know the whole trip is going to be great.”

They plan on visiting rewilding farms and projects along the route, as well as “stopping for parties wherever we can” (because why not?).

Through their Just Giving page, the four are using the rather unique challenge to also raise money for Rewilding Britain and the mental health charity Mind.

While Colin and Sadie will be heading southbound to Land’s End, Hannah and Neil will be cycling in the opposite direction, before meeting somewhere in the middle (for a party, presumably).

The dual end-to-end ride will take place in July and August, and the group is encouraging fellow Free Wilders – clothed or otherwise (in other words, anyone who wants to) – to join them along the route.

But, I hear you ask, surely cycling in the nude won’t exactly be comfortable for 960 miles? Well, the Free Wilders have a solution (kind of…).

“Ocean rowing is one of the sports that has the most problems with chafing,” they say. “To overcome this, rowers often sit bare bottomed on sheepskin.

“So, sheepskin and leather workers Owen Barry have generously offered to make us saddle covers. We are *hoping* that this will help! We will let you know!

“We are also being sponsored by the fantastically named Happy Bottom Bum Butter ointment for cyclists. Again… Let's hope it does the trick!”

Under the Sexual Offences Act 2003 (England) and the Sexual Offences (Scotland) Act 2009, public nudity is not illegal in Britain unless there is intent to cause alarm or distress to others – something organisers of local editions of the World Naked Bike Ride, who clear the event in advance with local police, point out.

Perhaps the Free Wilders will meet up with the Derbyshire cyclist who caught the attention of the local press (as well as his neighbours) for his in-the-buff spins around town a few weeks ago, and who is planning his own charity nude cycle this summer to help promote body positivity.

I sense a theme emerging…

You can donate to the Free Wilders, and find out more about their rewilding aims, through their Just Giving page.