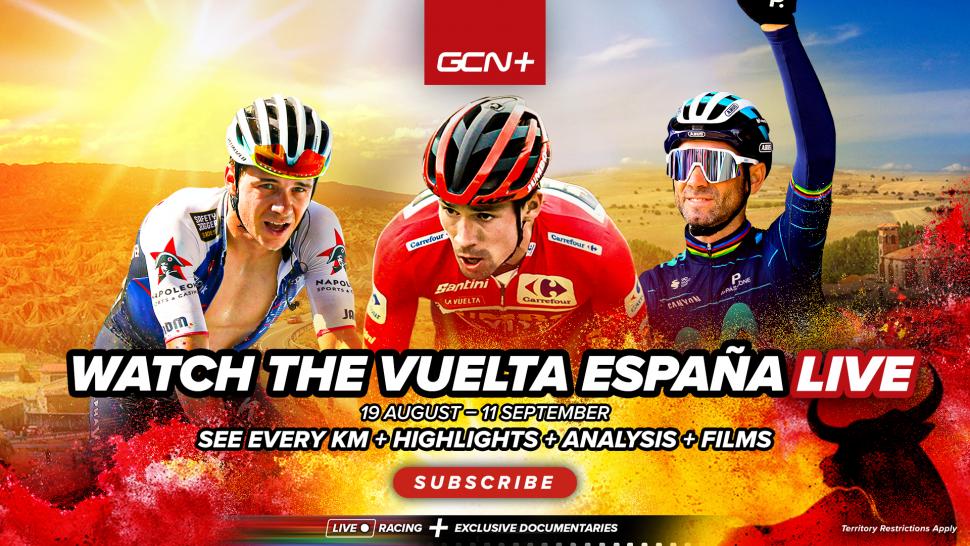 Viva la Vuelta! The third Grand Tour of the season kicks off on Friday – keep up with the action on GCN+

As Primož Roglič aims for an unprecedented fourth straight Vuelta a España title, make sure you catch all the brutally steep climbs and exhilarating sprints over the next three weeks with a GCN+ subscription
by roadcc staff

After an enthralling and historic four weeks on the roads of France in July, the pro cycling world’s attention now turns to the third and final grand tour of the year, the Vuelta a España.

Once regarded as the neglected younger sibling of the other big three-week tours, the fashionable Giro d’Italia and the all-consuming Tour de France, since its mid-nineties move from its traditional spring slot to the autumn the Vuelta has firmly established itself as one of the most demanding and exciting races on the planet.

In fact, by ditching the plethora of long, flat stages on wide, boring roads that punctuated the race until the early 2000s, in favour of short, punchy stages with brutally steep climbs, the so-called ‘third grand tour’ has carved out its own niche on the cycling calendar and has set an all-action template for three-week stage racing now emulated by its older brothers in France and Italy.

Sometimes, the seemingly endless array of double-digit climbs favoured by the organisers has stifled the action among GC contenders unwilling to risk it all and then lose time on the next monstrous summit finish.

More often than not, however, the abundance of opportunities for attacks and ambushes has provided the most exciting grand tour racing of the past decade – with Alberto Contador’s epic comeback ride to Fuente Dé in 2012 and last year’s free for all on the penultimate stage to Puerto de Navacerrada two notable examples of the Vuelta’s unpredictable nature. 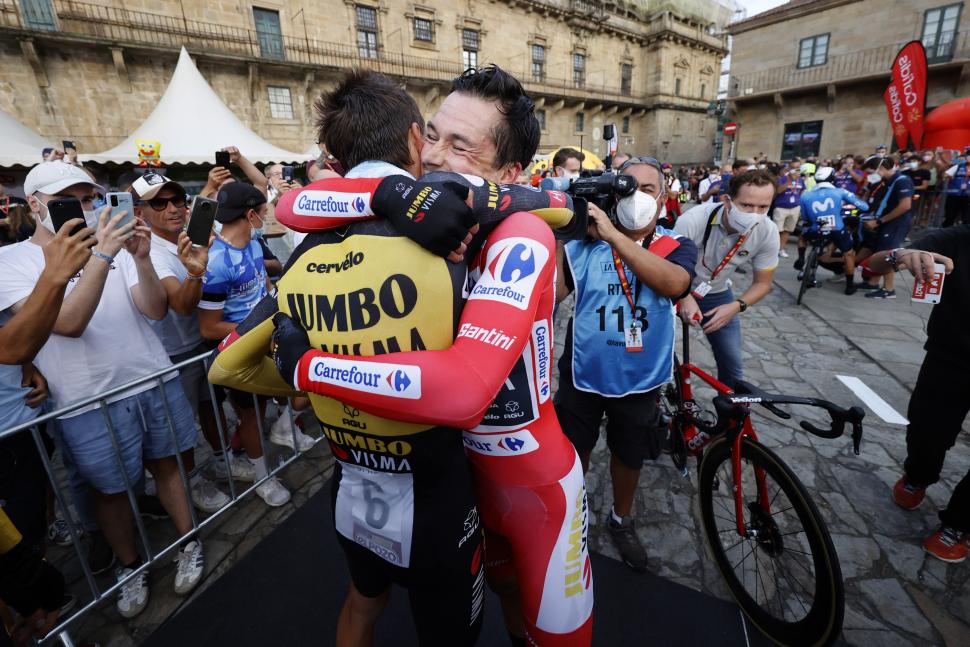 So, make sure you don’t miss any era-defining action this year by settling in for the next three weeks with GCN+, the home of live cycling. GCN+ will once provide the very best in live coverage at the Vuelta, with over three hours of racing and expert discussion every day, meaning you won’t miss you won't miss a single attack, echelon, intermediate sprint or mechanical mishap.

And if you can’t catch the racing live, you can still make use of the full stage replays, on-demand highlights and in-depth pre- and post-stage analysis on GCN+ to make the most of your subscription and avoid missing a second. Fancy heading out for an actual cycle when a stage is on? No problem, you can pause and pick up where you left off, or catch up in full later.

While the Vuelta may be enough to scratch your bike racing itch as the autumn closes in, the subscription service also conveniently allows you to sign-up per month. However, if you find you’ve been hooked by the endless attacks on tiny goat tracks, there is more than enough extra good stuff to persuade you to extend to a year-long subscription for just £39.99, just in time for the world championships, end-of-season classics and beyond. 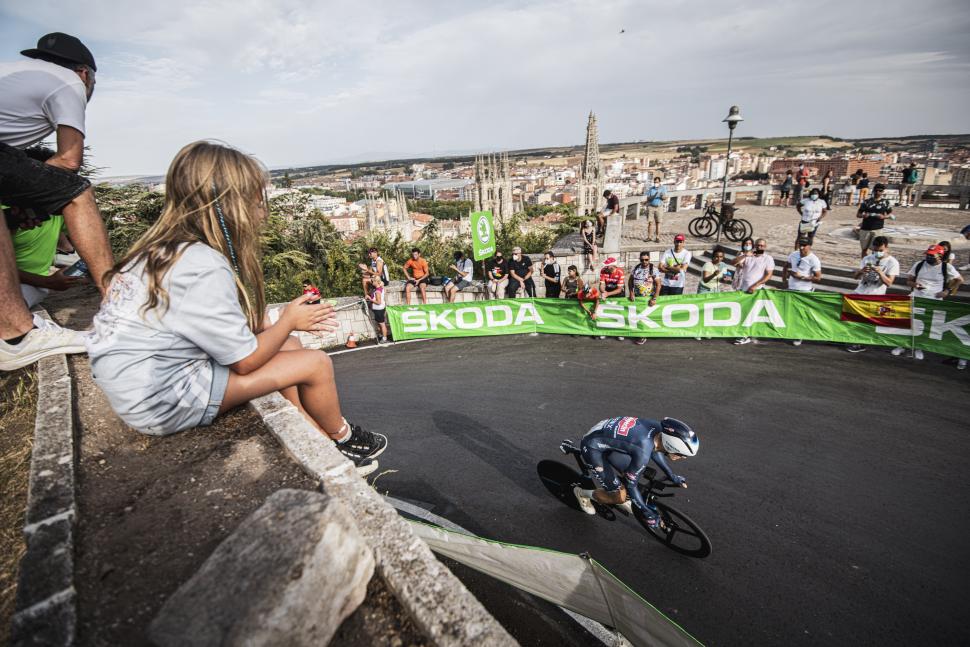 This year’s Vuelta starts in the Netherlands, in bike-friendly Utrecht – completing the trio of foreign starts for the grand tours this year – for a 23.3km team time trial and two pan-flat stages for the sprinters (provided the wind doesn’t blow).

After a now obligatory travel day on Monday, the hills start in earnest in the cycling-mad Basque Country, where the puncheurs will come into their own on the relentlessly hilly terrain, before stage six sees the first summit finish at the Ascensión al Pico Jano.

There are no fewer than eight mountain-top finishes at this year’s Vuelta (nine if you count the 7.7km of false flat after the Cat One Puerto de Cocos on stage 20 as a summit finish), giving the GC contenders plenty of opportunities to gain time.

While the iconic Lagos de Covadonga and Alto de L'Angliru are missing from this year’s route, the 2,512m high Alto Hoya de la Mora, the finale to stage 15, will have the favourites on red alert (and everyone glued to GCN).

The sheer amount of climbing will be offset slightly by the opening team trial and stage ten’s 30.9km-long individual effort against the clock, where Primož Roglič will be hoping to put some daylight between himself and his closest rivals. 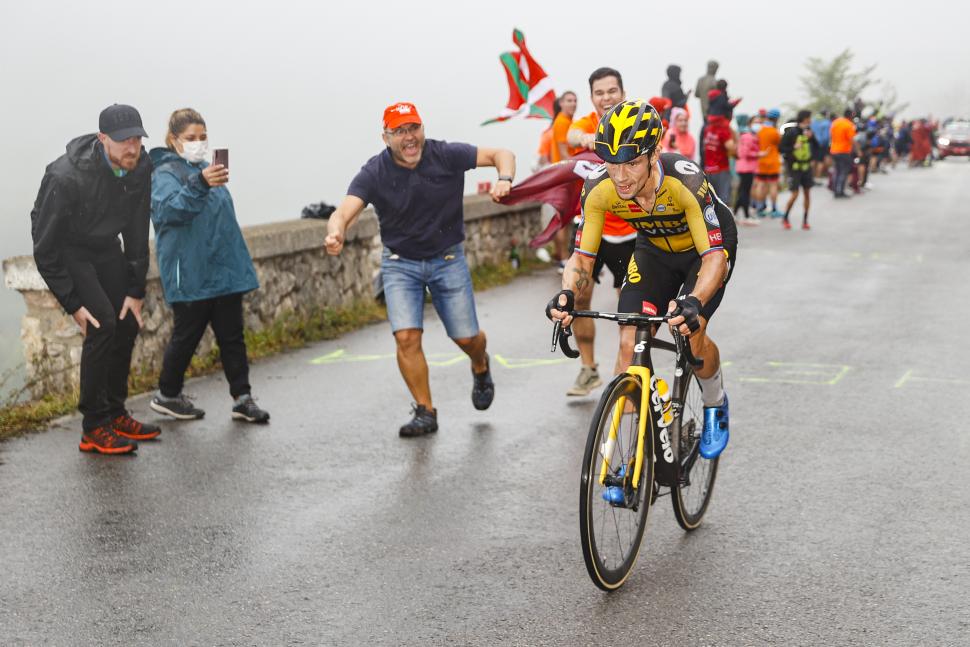 Despite the injuries he suffered in yet another horrendous crash at Tour de France, keeping his appearance in Spain in doubt until this week, Jumbo-Visma’s Roglič remains the big favourite at a race he’s made his own in recent years. If he takes the final red jersey in Madrid, the Slovenian will become the first rider ever to win four consecutive Vueltas.

Bora-Hansgrohe’s 2022 Giro d’Italia winner Jai Hindley, however, will be among those looking to usurp the current king of Spain, with Richard Carapaz – runner-up to Hindley in Italy – also aiming to secure the second grand tour victory of his career in what will be his final three-week stage race for the Ineos Grenadiers.

João Almeida and Simon Yates can’t be ruled out either, while the Remco Evenepoel – who faltered at the 2021 Giro but has been on blistering form this year – looks set to finally have a proper crack at a grand tour. Though he says he’s only going for stages, the cycling world will be eager to see just how far the precocious Belgian can go in a big three-weeker.

Away from the GC battle, world champion Julian Alaphilippe continues his comeback from an injury sustained in a horror crash at Liège–Bastogne–Liège and will have his eye on more than a few of the punchy stages, as will the grand old man of Spanish racing, Alejandro Valverde, who – if he gets round his lap of Spain unscathed – could become the oldest ever finisher of the Vuelta, in what will be the 42-year-old’s final stab at his home race.

On the other end of the age spectrum, UAE Team Emirates’ 19-year-old sensation Juan Ayuso and Ineos rider Ethan Hayter will be hoping to take full advantage of their grand tour debuts.

The Vuelta has been notoriously unkind to its sprinters in recent years, and that trend continues in 2022, with only six likely bunch gallops pencilled in on the route. Nevertheless, Bora’s Sam Bennett will be hoping to recapture the form that has seen him win three Vuelta stages in the past, along with the Tour’s green jersey. The Irishman, however, will face stiff competition from Tour stage winner Mads Pedersen, Tim Merlier and Pascal Ackermann. 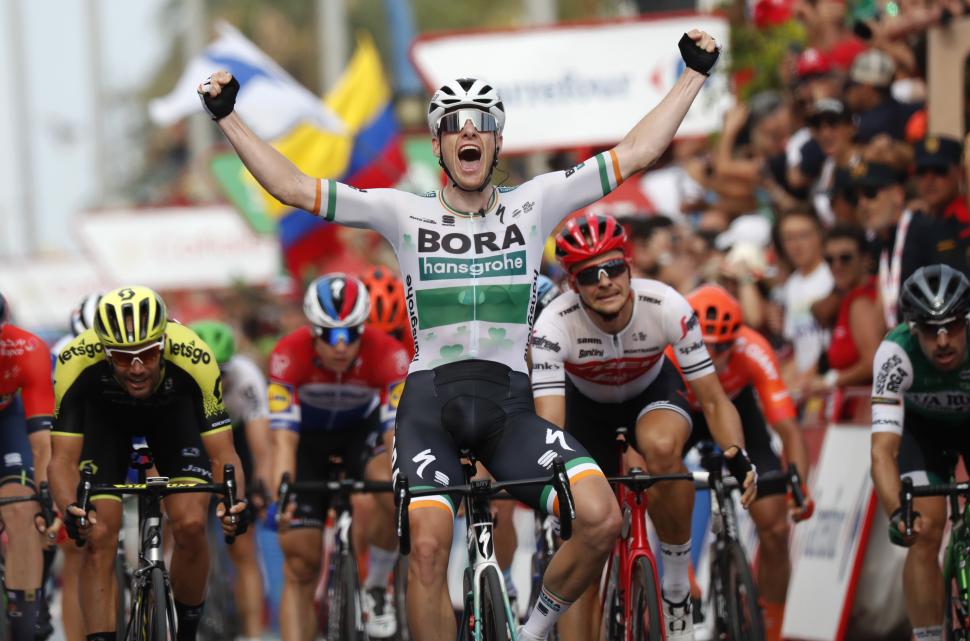 So, now that your post-Tour de France hangover has finally abated, sit back and enjoy another thrilling three weeks of racing on GCN+.

And if that wasn’t enough, the final week of the men’s race coincides with the Ceratizit Challenge by La Vuelta, which will also be shown live on GCN+. Now upgraded to five days, the women’s stage race – won by Annemiek van Vleuten last year – will be the last of the Challenges by La Vuelta, before the race extends into a week-long ‘grand tour’ for 2023.

Don’t forget, as the Vuelta draws to a close, GCN+ will also be showing live coverage of the Tour of Britain and the Québec and Montréal GPs. What more could you ask for?

Well, if all that live racing, on-demand stage replays, time-saving highlights packages, and pre and post-race analysis by some of the best pundits in the sport (with some questionable dance routines thrown in for good measure) really isn’t enough, GCN+ also has a library of over 100 exclusive cycling documentaries available on demand, making it the one-stop subscription service for cycling fans.