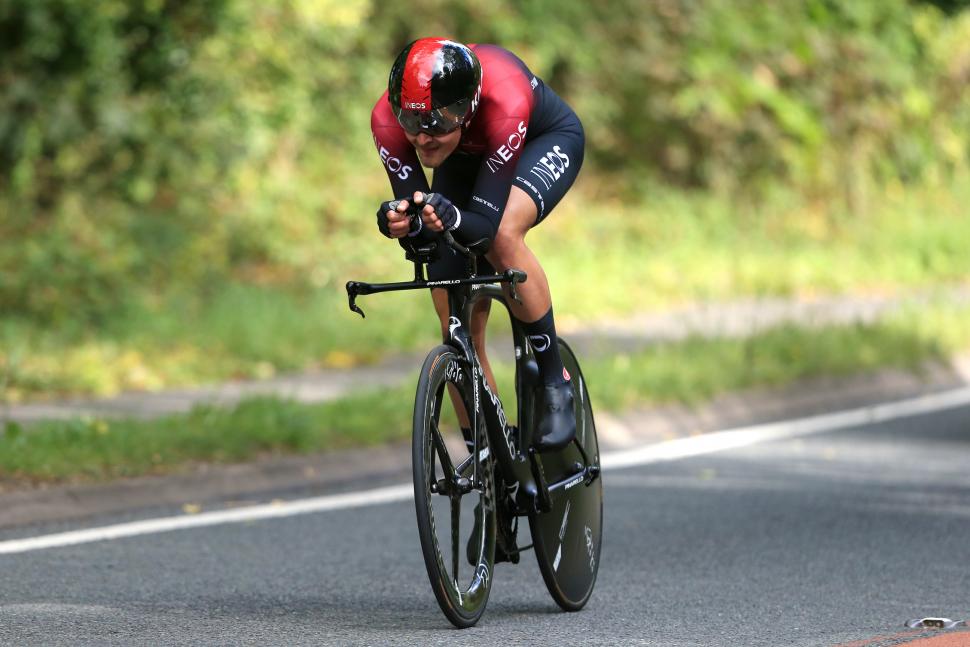 24-year-old says that most Russians “only want peace” and that “we shouldn’t be targets of hate just because of our origin”, as UCI faces calls to sanction the Gazprom-RusVelo team
by Ryan Mallon

Ineos Grenadiers' promising Russian rider Pavel Sivakov took to Twitter last night to denounce his country’s invasion of Ukraine, while also calling on others to distance the actions of President Vladimir Putin from the views of the majority of Russians.

Sivakov, who has long been touted as a future grand tour winner after finishing ninth at the Giro d’Italia on his first attempt in 2019, wrote: “It’s been a difficult few days seeing what’s currently happening. First of all I just want to say that I’m totally against the war and can’t get around of what’s going on in Ukraine, all my thoughts are with the Ukrainian people.”

The Ineos rider is the son of two former elite Russian cyclists, Alexei Sivakov and Aleksandra Koliaseva, and was born in Italy and raised in France. In his post, the 24-year-old addressed the popular view of the invasion in Russia, where thousands have joined anti-war protests across the country, leading to almost 2,000 arrests.

“I also want people to understand that most of the Russians only want peace and never asked for all of this to happen,” he wrote. “We shouldn’t be targets of hate just because of our origin. I know these few lines won’t make a big difference to the current situation but I just wanted to share it. Peace.”

With Ukraine’s capital Kyiv currently under attack from Russian forces, much of the sporting world has united to condemn Putin’s decision to launch a full-scale invasion of his southern neighbour.

Yesterday, European football’s governing body UEFA announced that the 2022 Champions League final, due to be held in May, has been moved from St Petersburg to Paris, while Formula One has cancelled this year’s Russian Grand Prix in Sochi, after leading drivers such as Sebastian Vettel called for a boycott of the race.

The cycling world was also forced to address the war yesterday after Gazprom-RusVelo’s 19-year-old Czech rider Mathias Vacek won the penultimate stage of the UAE Tour from a breakaway, the first professional victory of his career.

Gazprom is the largest supplier of natural gas in the world and is majority-owned by the Russian state. It has sponsored the Russian RusVelo ProTeam since 2016, when the team won a stage of the Giro d’Italia through Alexander Foliforov.

German football club Schalke 04, which has been sponsored by Gazprom since 2007, said on Thursday that it would remove the Russian company’s logo from its shirts. UEFA is also considering ending its €40m a year deal with Gazprom, the title sponsor of its flagship Champions League for the past decade.

Following Vacek’s win in the UAE, members of the cycling media called on the UCI to address the gas supplier’s role in the sport. Jeremy Whittle, author of Ventoux and Bad Blood, tweeted yesterday that the UCI and its president David Lappartient “should — if their thoughts are with the Ukrainian people — act now to sanction the Gazprom team, which directly promotes the activities of the Russian state and its oligarchs. Other sports federations are, as usual, well ahead of cycling on this.”

Cycling writer Herbie Sykes also wrote: “Gazprom should be booted out immediately. The riders and staff should be given a new jersey. They should be retained and bankrolled by UCI until a new sponsor can be found.”

Yesterday the UCI released a statement condemning Russia’s invasion of Ukraine, which breaches the Olympic Truce, and called for a peaceful solution to the conflict “through diplomatic channels”.

However, cycling’s governing body stopped short of promising any sort of concrete action against Russia, only incorrectly clarifying that “no UCI event is scheduled to take place in Russia or Belarus in 2022” [Two track meets in Moscow and St Petersburg, due to take place in May, are currently listed on the UCI’s website as sanctioned Class 2 events, while June’s Five Rings of Moscow stage race is a 2.2 ranked event].