Road and other stuff green machine from Specialized
by VecchioJo

Specialized’s colourful adventure driven Diverge adventure bike crunches up the gravel path for £2,500. Before it gets dirty, here's a first look.

The Comp Carbon is the first in the line of carbon variants in Specialized’s Diverge range. It seems like everyone’s got a bike that sits somewhere between an cyclo-cross bike and a road bike at the moment, be that an Adventure Bike, an All Road bike, a Gravel Bike or whatever new genre it is they want to call a bicycle that has road DNA but can take in a bit of rough and tumble as well.

Specialized made a nice little short to show how versatile and fun the Diverge can be, the beard and plaid shirt are optional I think.

The Diverge range is a subset of Specialized’s ‘Adventure’ range and it contains both alloy and carbon models ranging from £800 to £4,500.

While the Diverge Comp Carbon sits at the bottom of the carbon triptych at £2,500, it shares the same FACT Carbon frame and forks as the other two models, the difference in prices reflected in higher levels of component specification as you work your way up the range. The remit of the Diverge is to travel the path less travelled and then turn off it. It’s built for long days in the saddle over whatever terrain you might encounter, tarmac, rough roads, dirt tracks, a little bit of that current buzz-word gravel.

Whatever, the Diverge is catering to the increasing numbers of people who are venturing away from tarmac on their road bikes and riding the burgeoning events that mix together on and off road sections for a fun and challenging day out.

The UK might not have the vast web of gravel roads that these bikes are clearly aimed at in the States but there’s enough off the beaten tracks that these sorts of bikes can be used on if you’ve got a map, a hint of imagination and trust in your tyres. 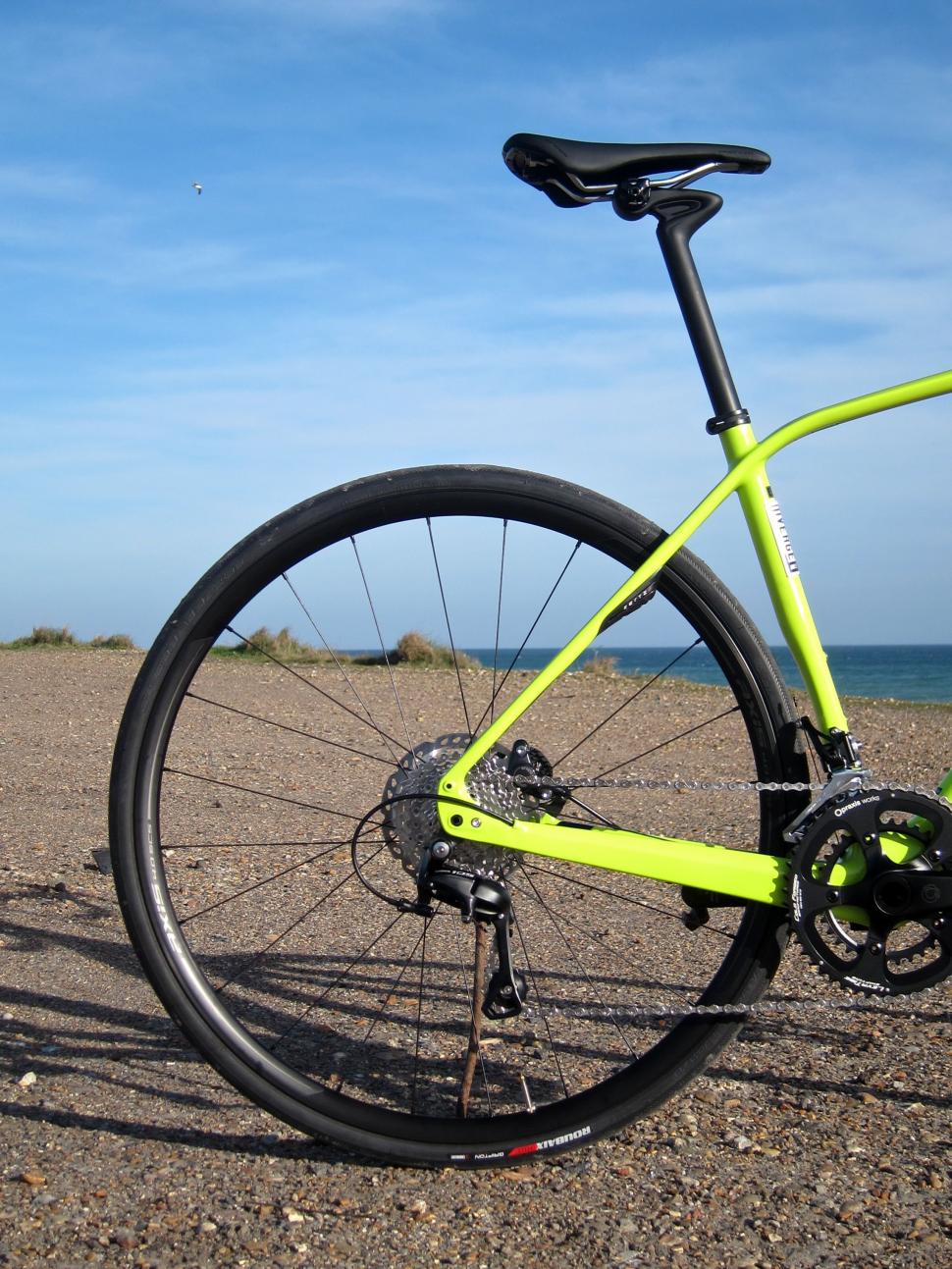 To this end the Diverge has what Specialized call endurance-focused geometry, which means you might expect things to be just a little bit skewed from your road bike, settling somewhere between that and a cyclo-cross machine, head angle a little slacker than normal, higher bottom-bracket, longer wheelbase, a slightly taller head-tube, that sort of thing.

In Specialized’s case it means cutting a lot of numbers from their Roubaix endurance road bike and pasting them onto the Diverge; the 56cm stack and reach numbers of 590mm and 387mm are the same for both models, as is the effective top tube of 565mm and the wheelbase length is identical. The Diverge head and seat angles are also the same as the Roubaix but the head tube length is shorter, the same as Specialized’s racier Tarmac in fact, so you can probably expect a bike that’s nippier than casual dirt road cruiser. The Diverge still manages to find clearance for

The Diverge manages to find clearance for cyclo-cross friendly 35mm tyres though, or something a little smaller with mudguards added. 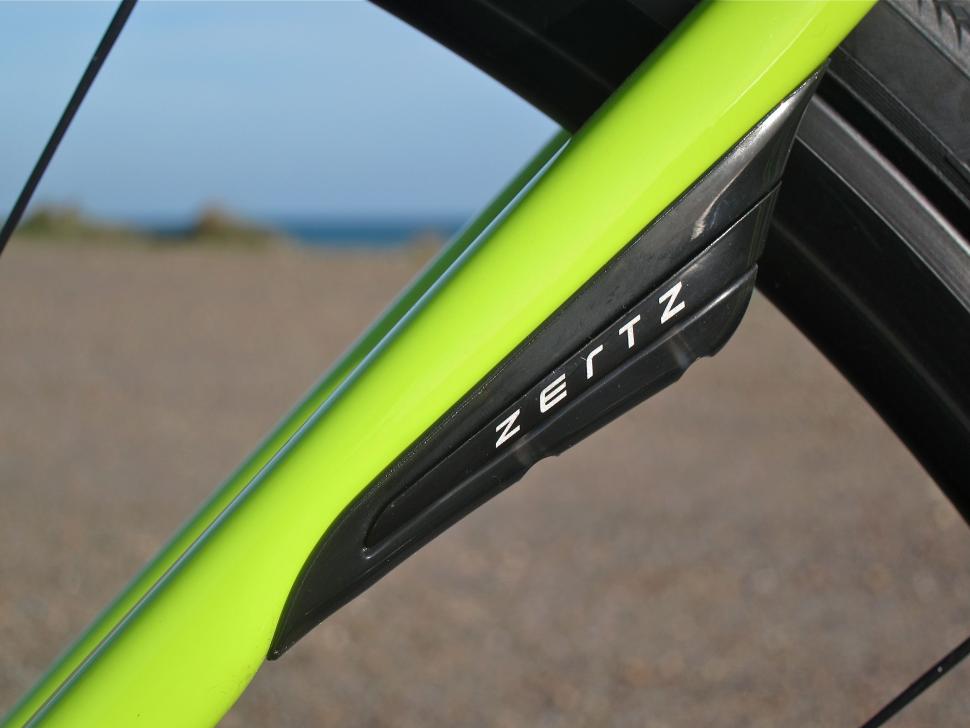 To further help with the endurance bit, lots of things on the Diverge Comp Carbon are designed to keep you comfortable for longer. It runs on bigger than road usual 28mm tyres, pushing the fatter road rubber trend a little further, there are Zertz viscoelastic dampers in the fork and seatstays, carried over from that cobble-crushing Roubaix and the CG-R seatpost is Specialized’s idea of what a damping pillar should look like. It gets its somewhat unique looks because it’s designed to flex under the force of an impact from the road without changing the cockpit dimensions of the bike. The top tube on the Diverge drops towards the rear axle ahead of the seat-tube, which some would say is aesthetically challenging but it does look like it offers a degree more flex to the whole seatpost area. Even the Specialized Roubaix handlebar tape is extra padded with 2.5mm gel pads secreted underneath. 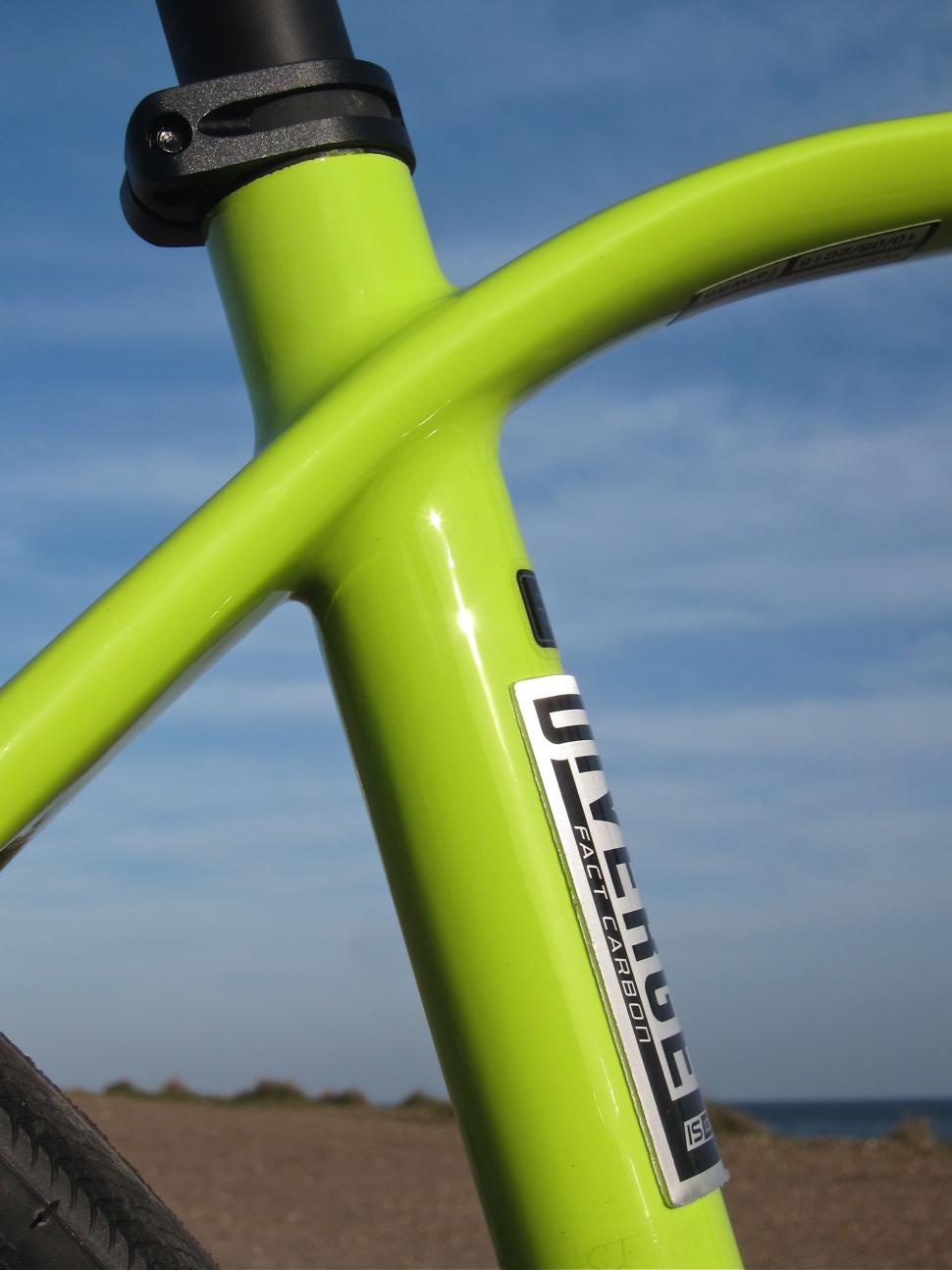 Details on the Gloss Hyper coloured frame include all the cables running internally which gives clean lines and keeps everything away from dirt muck and gravel dust. There are bottle cage mounts on the seat and down tubes, the latter being in a unique grouping of three to give you a choice of cage position, or to use Specialized’s MTB SWAT storage box, and there are discretely hidden holes front and back of the frame for mudguards and racks. The frame is bang up to date with thru-axles front and rear holding AXIS 4.0 Disc SCS wheels in place. Protecting the rims from potholes, ruts and gulleys are Specialized Roubaix Pro tyres; at a big-boned 28mm size they offer extra protection with a BlackBelt anti puncture strip and Endurant casing while the 120 TPI count should still keep the ride supple. Gearing is dealt with mostly by Shimano whose 105 components deal with the front and rear shifting and the 11-32t 11-speed cassette. Non-series Shimano 685 STI’s pull cables to the gears and pump hydraulic fluid to the 785 disc calipers to squeeze on heat dissipating Ice-Tech rotors. 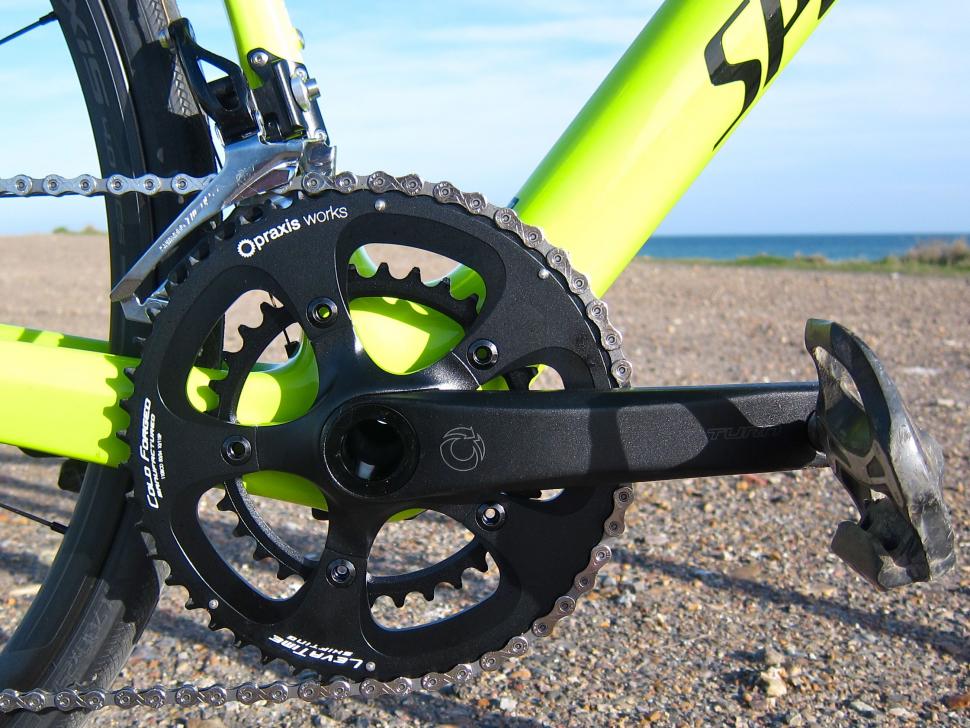 The departure from Shimano workings comes in the stylish shape of a Praxis Works TURN Zayante chainset with pro-compact 52/36 tooth rings. That spread of gears should be wide enough for use on the road and any sign-sprinting and then able to get you up, around and down most things no matter what the rubbly surface. 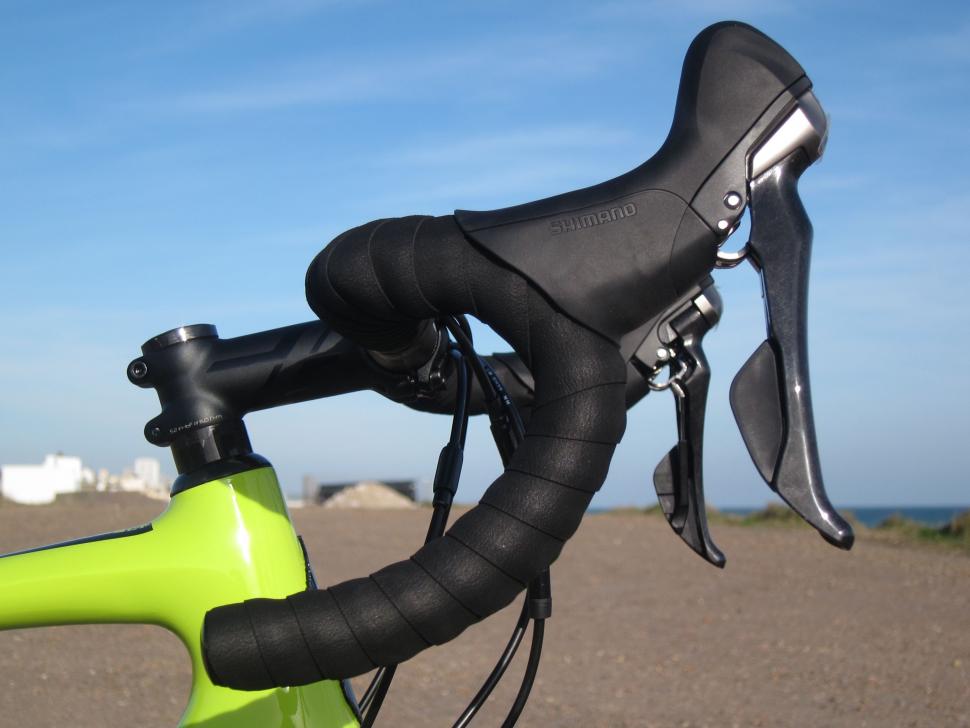 Final details on the Comp Carbon are finished off with a Body Geometry Phenom Comp saddle, a Specialized branded alloy stem and shallow-drop bars. The weight of the Diverge is 8.92kg (19.7lbs) for the 56 which isn’t going to bother the race sweaty weigh-weenies but for what it’s designed for, which seems to be a fair proportion of mucking about, then it seems just fine.

In the words of Calvin and Hobbes, “Let’s go exploring”.