We caught up with the chaps from The Rider Firm at the Eurobike show. They’re the people behind Hunt bike wheels, but they were excited to show us something else they’ve been working on: a new gravel e-bike.

The bike is being produced under the brand name Cairn, and this is the only bike they’re currently working up. It’s new enough that it currently doesn’t have a name; the bike at the show was just called PROTO-01. You can probably guess what that means. It’s the first prototype.

The frame is alloy, and Cairn has worked up its own fork mould for this bike. It’s not the fork you see on the prototype; the production bike will have bigger tyre clearance. Like many of the new breed of gravel bikes you can run the Cairn with either 700c or 650b wheels. There will be room enough for a 700x45c tyre, and if you’re running the smaller wheel size you’ll be able to cram a 2.25” in there. That’s a 57mm tyre if you want to keep everything metric. Plenty big enough for some serious trails, anyway. 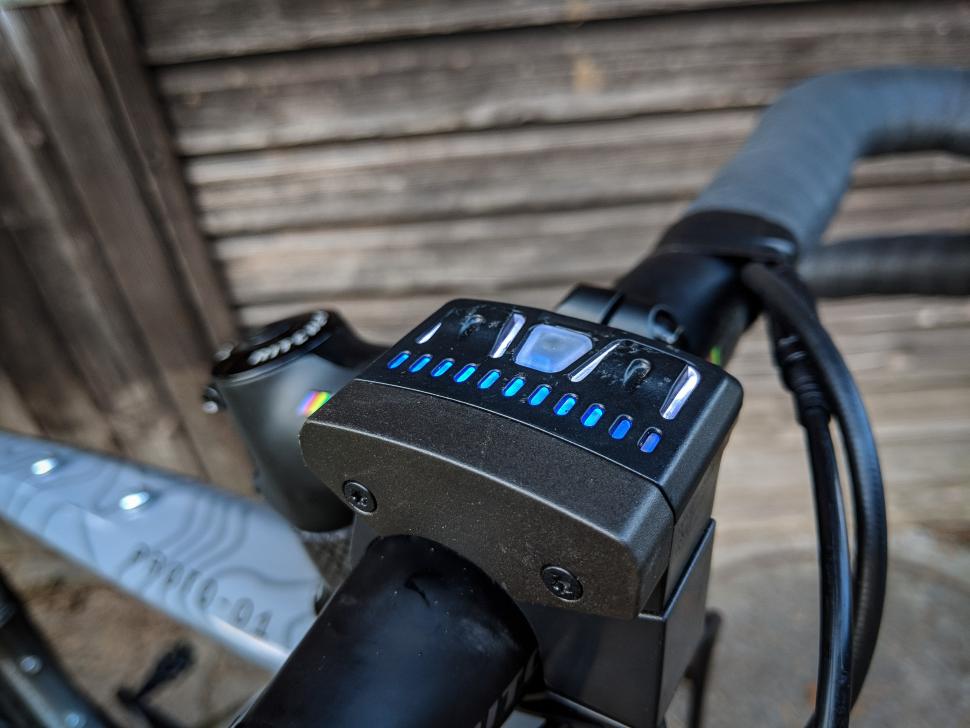 Cairn has opted for the Fazua Evation motor system. It’s a very popular one for drop-barred bikes because it’s light and integrates neatly. It’s also removable: you can drop the motor and the battery out and leave just a bottom bracket gearbox. Doing that removes all but about 1kg of the system weight, so effectively you’re getting an e-bike and a normal bike for the price of one. 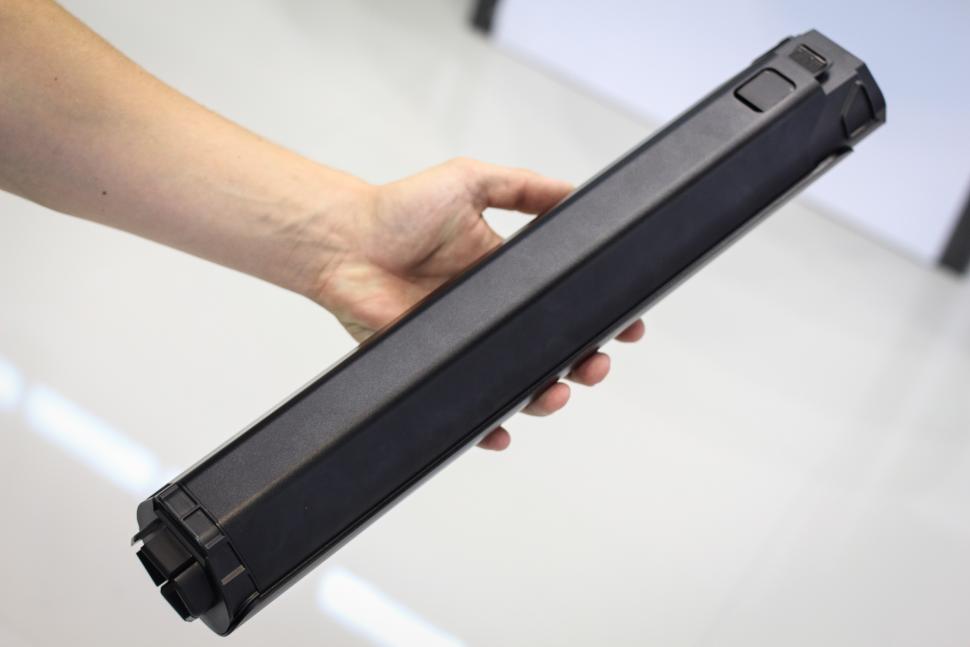 But what to do with that hole in the down tube? Well, normally bike companies supply a blanking plate so it doesn’t look odd. But Cairn has worked up a neat storage compartment that takes the place of the motor and battery, and you can fit two 500ml cans of beer in it. Or a jacket or whatever if you prefer. The storage unit will be a £69 option on the bike, for which the target price is £2,700. 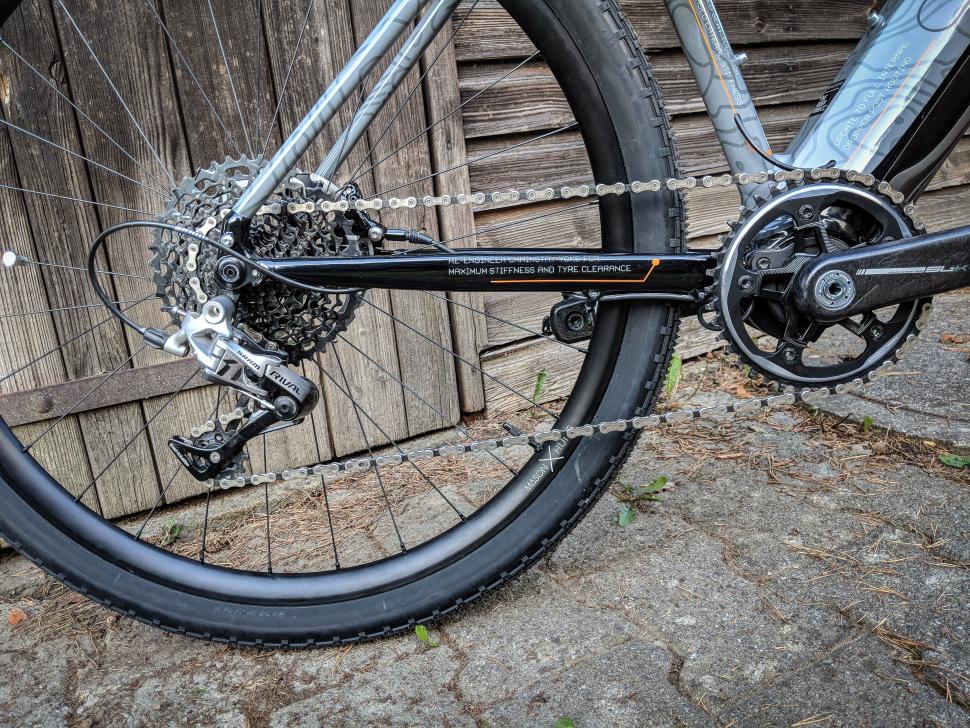 The Cairn uses a SRAM 1x drivetrain; the production bike will have the Rival kit that’s on this bike but not the FSA carbon crankset. The bike also uses a dropper seatpost which will be invaluable when the riding gets a bit more technical. The dropper is controlled by the left-hand shifter paddle, which isn’t required for shifting. The bike also uses a wide, flared handlebar for better off-road control. 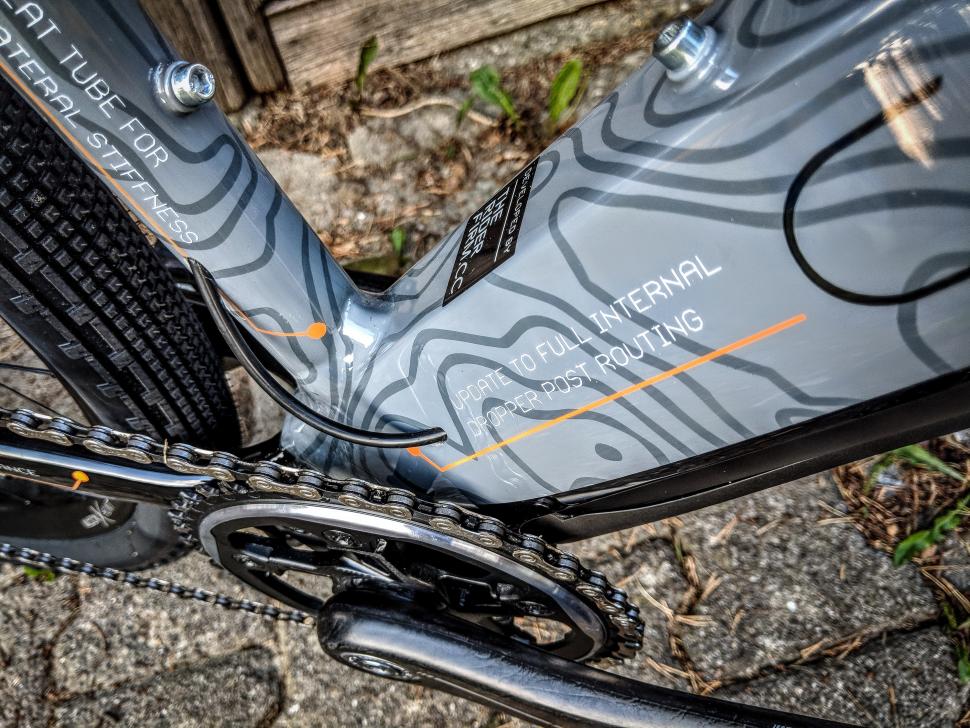 The frame isn’t quite the production spec: the dropper ‘post routing – which currently pops out of the down tube and back into the seat tube – will run internally, and the chainstay yoke will be replaced with a CNC one for better mud clearance. It’s fairly close, though. There’s a whole bunch of mounting points for fitting racks, mudguards, bento boxes and even a spare battery if you’re going the distance.

When will you be able to buy one? Well, not for a bit. But we’ll keep you posted when we know when the bike is in full production.