Rouleur Classic 2019 preview: New bikes and star speakers from the world of cycling

The Rouleur Classic LDN returns this weekend for its fifth outing and is a good chance to see some of the nicest new bikes and stars of the cycling world including Greg LeMond, Sir Bradley Wiggins, Mark Cavendish, Fabian Cancellara to name a few. The show opens on the evening of Thursday 31st and runs until 2nd November. Here’s a little taste of what you can expect to see.

New bikes and the latest tech

The Rouleur Classic is a good show to attend if you like the latest bikes and products alongside a good selection of beautiful retro nostalgia. The museum of rear derailleurs was a highlight last year. With gravel on the rise, this year’s show will include a big collection of gravel bikes in collaboration with Panaracer. Bikes on display will include the Cervelo Asprto, Cannondale Topstone Carbon, Scott Addict Gravel and the Luca di Maggio x TITICI bike. 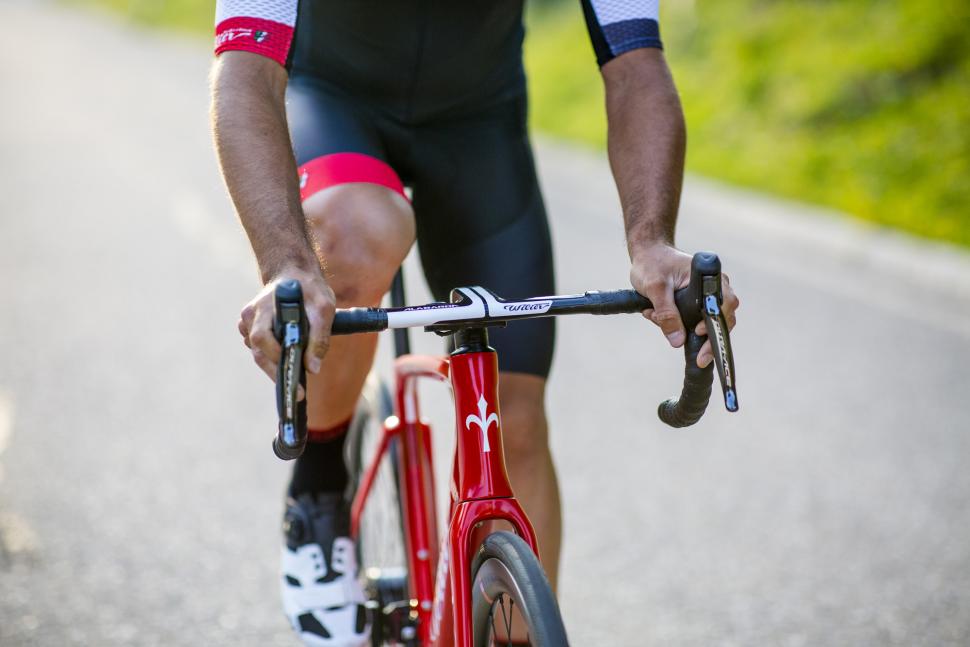 The show will also debut e-road bikes from the brand new Colnago E64 through to the Wilier Cento10 Hybrid, which you can watch our exclusive video first look of right here.

Ribble will also be showing its SLe, Specialized the S-Works Turbo Creo SL and De Rosa’s new bike will be on display.

And of course, there’ll be some pro race bikes. You’ll be able to get up close to and the range of road bikes on show is one to experience first hand. From Mads Pedersen’s World Championships winning Trek Madone or Egan Bernal’s Tour de France winning yellow Pinarello Dogma F12. 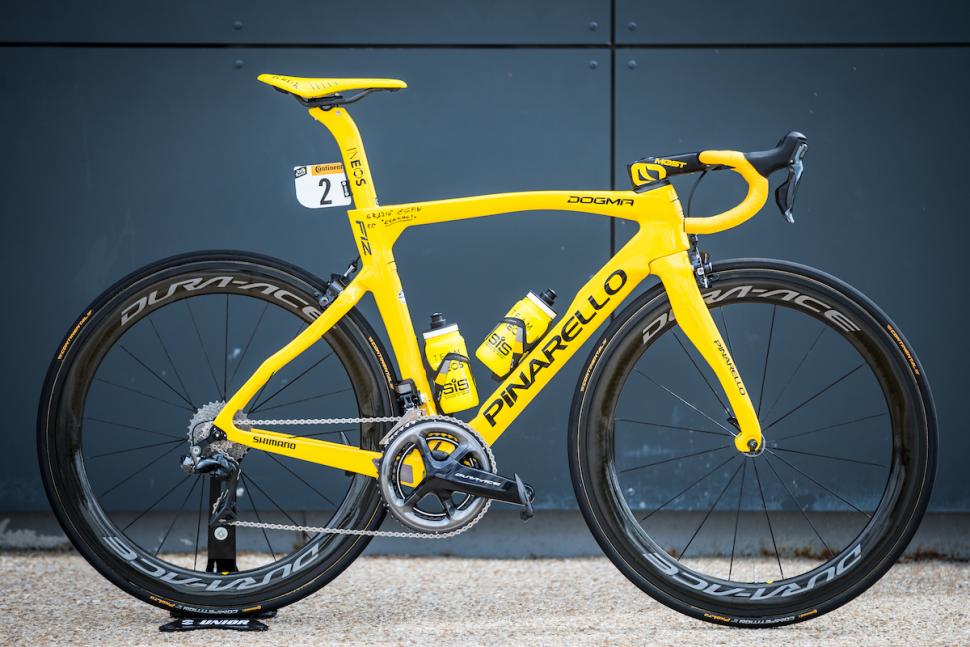 Alongside these bikes will be some of the latest and most innovative technology in the industry. Fizik will showcase their new 3D printed Adaptive saddle, while helmet brand HEXR continues the 3D theme scanning heads for their printed helmets.

POC’s Solar Switch glasses make an appearance with an electrochromic LED lens that can instantly change tint based on light conditions. Swiss legend Fabian Cancellara will also launch a special edition shoe in collaboration with the artisans at Suplest, while Mavic is also going show-exclusive with a custom wheelset. Danish brand Ceramicspeed will also be showcasing their revolutionary frictionless drive-chain to the UK for the first time.

Alongside all this new tech will be a host of cycling superstars and legends. Heading the star-studded line-up is two-time world champion and three-time Tour de France winner Greg LeMond, with the American flyer in discussion over all three days on his momentous career. Joining the list of Grand Tour winners at Rouleur Classic LDN is Sir Bradley Wiggins who takes to the stage with former British champion and time trial legend Sean Yates as these two cycling greats put the world to rights on Thursday evening. 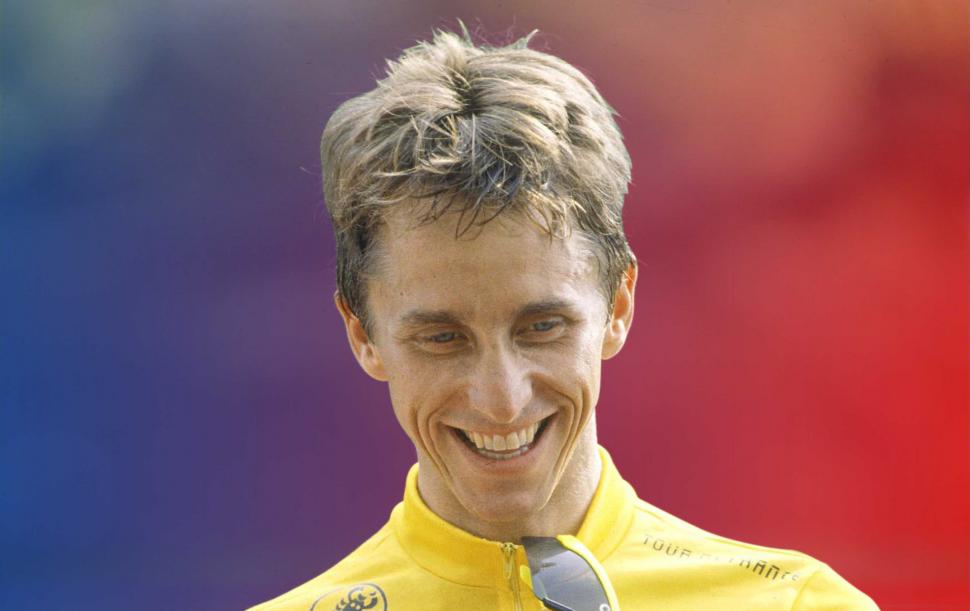 Adding to the busy agenda on day one is the launch of Trek-Segafredo’s new team kit for 2020, produced by Santini, where Giulio Ciccone and Lizzie Deignan take centre stage to look ahead at the coming season. As well as riders, we also hear from Javier Guillén, Vuelta a España Race Director, who will be exploring what it takes to build a race that many of these riders have spent so many days racing at.

Australian pioneer Phil Anderson, the first non-European to wear the yellow jersey, talks about his career of shattering limits, while fellow riders to have led the Tour de France Fabian Cancellara and Simon Gerrans also have time in the spotlight. The Swiss multiple world and Olympic time trial champion tells stories from his 29-strong yellow jersey collection as well as launching his new collaboration with Suplest. Two-time Tour de France stage winner Simon Gerrans will be discussing Monument triumphs and the tactics behind a Grand Tour stage victory. 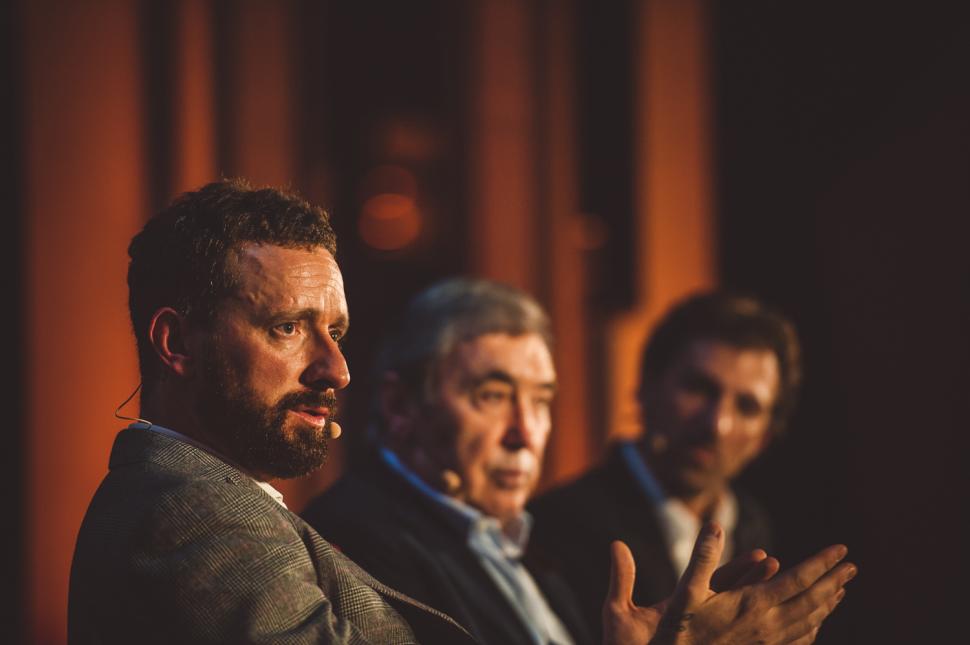 Friday will see Seb Piquet, the voice of Radio Tour gives his insight to being inside the Tour de France from a different perspective, followed by Paris-Roubaix champion and recently retired veteran of the sport Mathew Hayman talking secrets of being a road captain.

Giro-winning boy wonder Damiano Cunego will take to the stage as well as Cecilie Uttrup Ludwig, the young rider who’s made a name for herself as possibly the best interviewee in cycling. There’ll be bags of charisma and peloton stories from this dynamite Dane. Two other riders known for their explosivity will grace the stage together, as Caleb Ewan and Sam Bennett discuss sprinting and reaching the next level in the hierarchical peloton.

The final day of the show will feature Emily Chappell, former courier turned ultra-distance cyclist exploring her cross-continental adventures with the crowd, before the team behind the Dave Rayner Fund take to the stage to share anecdotes from 25-years of supporting Britain’s top young cyclists abroad. 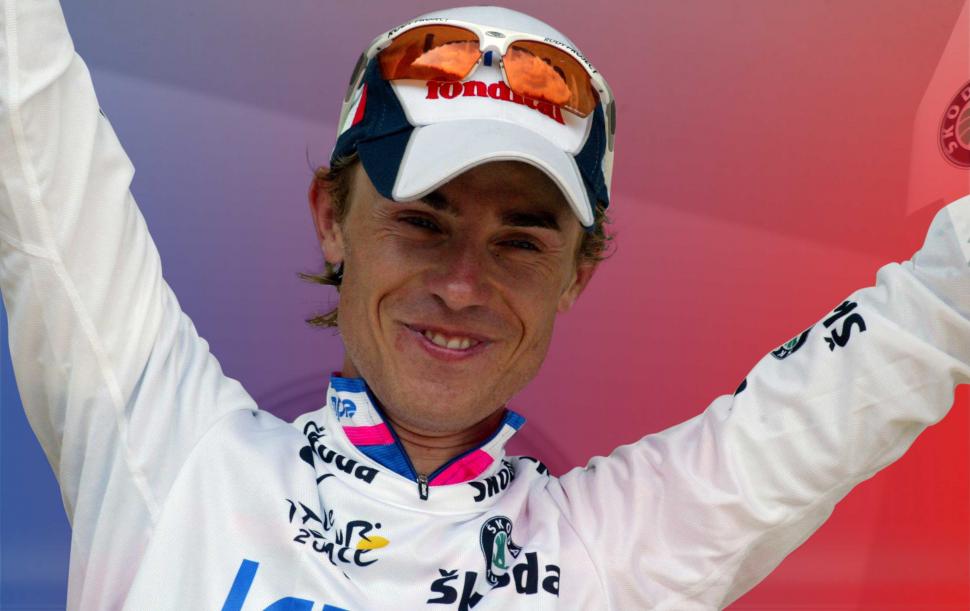 Anna Henderson, a rider who this week was announced as stepping up to the WorldTour with Team Sunweb, talks about her journey from GB skier to the top tiers of cycling. Particular interest also falls upon American pro-Lachlan Morton of EF Education First Pro Cycling, a long-distance legend whose off-road triumphs this season give him plenty of stories to tell of taking his racing on a new pathway.

Fresh from the London 6-Day Cavendish is joined by Adam Blythe who, with the help of Matt Stephens, discuss the skilful art of sprinting.

Rouleur Classic LDN opens on the evening of Thursday 31st October, running through to 2nd November, showcasing more than 50 premium cycling brands and exhibiting the latest in performance bicycles, clothing and accessories. Tickets to the Rouleur Classic LDN are available from £35 at www.rouleurclassic.cc.