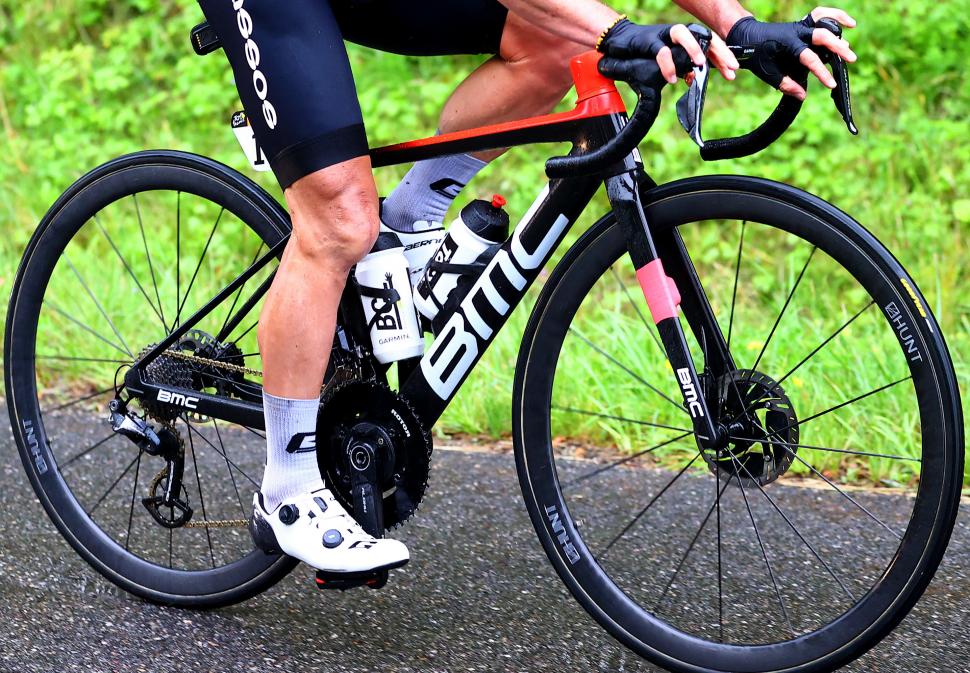 On a very rainy stage 8, Sergio Henao was riding what looks to be a new set of wheels from Hunt. We spool up the rumour mill and take a closer look at the juicy tech details
by Liam Cahill

With the race for the yellow jersey all but over – as long as Tadej Pogacar stays upright until Paris – we’ve been using our Tour de France watching time to look for shiny new tech and we think we’ve spotted something new from Hunt. A new climbing wheelset could be on the cards.

While Hunt already has a 35mm deep carbon wheelset in the form of the 35 Carbon Aero Disc, we suspect that this is a brand new wheel from the British brand. The rims look to be around 35-40mm deep. They’re definitely carbon and the first sign that this is a new wheel is that the tyres that Sergio Henao is riding are tubulars from Goodyear – you can tell from the base tape on show. Moving down the wheel, the base of the spokes looks, to us at least, like the base found on Hunt’s carbon spokes. This is a straight-pull design with a radial lacing on the front drive side and a two-cross pattern on the non-drive side.

We don’t have the clearest view of the rear hub, but it looks like two-cross spoke lacing on both sides. Generally, a two-cross or three-cross lacing pattern is used where extra stresses are placed on the wheel. The drivetrain and disc brakes both cause the spokes to work hard, hence the use of two-cross on both sides of the rear wheel. Spoke counts are 16 for the front wheel and 20 for the rear. These look to be evenly split between the drive and non-drive sides on each wheel.

The hubs look relatively similar to the TaperLock Sprint hubs that you’ll find on the Hunt 44 UD Carbon Spoke Disc wheels. There may be a slight change in the front freehub body with a marginally less tapered area between the flanges, but the images that we have aren’t conclusive.

> What happens when a Tour de France rider doesn't like his bike, kit, components… the yellow jersey?

Inside those hubs, we’d be surprised to find anything other than CeramicSpeed bearings, given that Hunt offers them as an upgrade on its other road wheels. There is some debate about these bearings’ actual impact on efficiency but they offer a pro rider the chance to save a few watts. 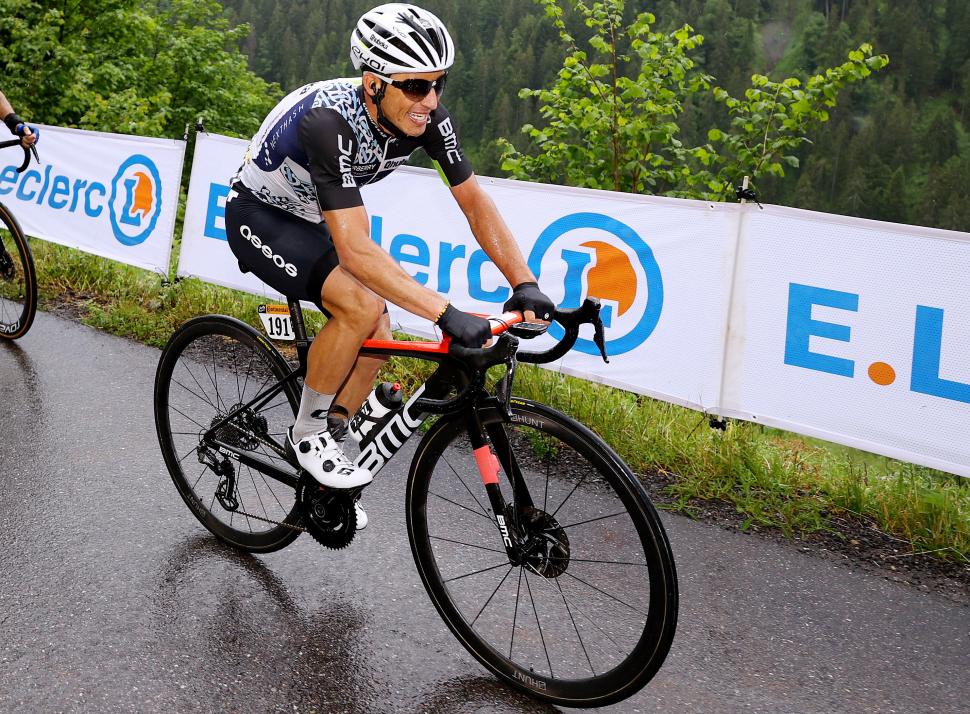 Given this combination, we’d imagine the wheels come in somewhere under the 1,200g mark but we’ll have to wait for an official weight on the road.cc Scales of Truth.

While tubular wheels are still loved by the pros and they have a place in many a purist’s heart, Hunt’s range of wheels is mainly tubeless, so we’d expect a tubeless-ready set of these mid-depth wheels with the carbon spokes to be not too far off.

> 10 things you only see on pro race bikes