When you sign up for the nine-day Deloitte Ride Across Britain, from Land’s End to John o’Groats, you need to be prepared to train for it, and to make sure you’re on track you have to fill in a progress report type thing. That was emailed to me a few weeks ago, but I’ve put off filling it in because… I’m not quite there yet.

A bit like last year, when we – hubby and I – were training for just the four days of riding across Scotland, this time round we’re training for three days. If you don't want to do the whole challenge in one go, it's now split as a six-day England leg, Land’s End to Edinburgh, and a three-day Scotland leg, Edinburgh to John o’Groats. 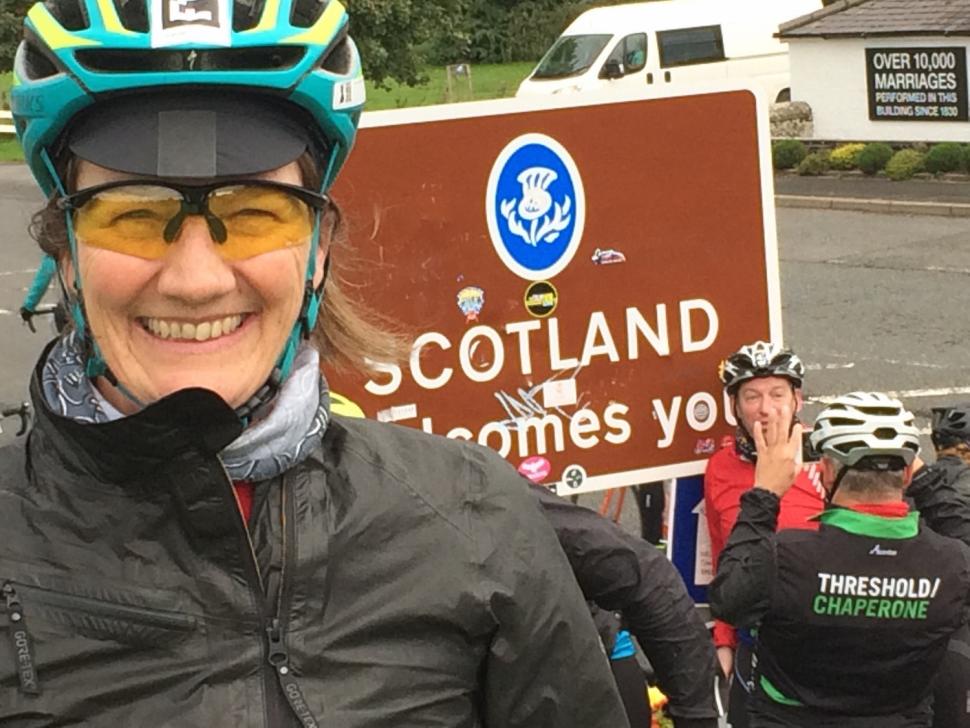 So, after training last year for ‘just four days’, this year it's ‘only three days – how hard can it be?’. We've certainly been out there, getting the miles in, and the hills in, in the rain and the sun, but we possibly haven't done quite enough, yet.

Riders – certainly those doing the full nine days – are (strongly) encouraged to complete at least one 80+ miler ahead of the event (for some riders the first day, from Land’s End to Okehampton, is the first time they've ridden 100 miles in a day). We’ve done a few 60-milers, and got to 84 once, but we really ought to be doing that kind of mileage more regularly.

It's also wise to have ridden some back-to-back rides. Long rides. And we haven't. (Our commutes probably don't count – even if the homeward journey has horrible Hinton Hill at the end.)

It’s not that we don’t want to – the idea really appeals. I frequently flick through my lovely Lost Lanes West book and feel inspired by Jack Thurston’s words and pics to ride off down leafy country lanes, stop for lunch in a nice old pub, book a room in a quaint B&B…

It’s just that the usual things get in the way: chores, children, dog, garden, other people’s demands.

Another problem is that, in our heads we think we can do it. We’ve done five hard days before. We did one long day last year. We can keep turning the pedals. It's only three days…

We’ve got a couple of strategies – though they’re slightly at odds. One is, do hills. It's quite hard not to where we live. We’ve got a 20ish-mile route up and down the hills around Bath, totting up something like 2,000-2,500ft of climbing. That’s almost Cornwall levels!

My preferred strategy is to go on longer rides to nice places. Be tempted to get on my bike not just to put in the miles, or get up the hills, but to enjoy the ride.

Occasionally, the two have collided: a 45-mile ride on lovely lanes through pretty villages to Bruton and back also involved 4,500ft of climbing (and some huge views). Actually, there’s a third strategy… go slow, turn the pedals, enjoy the ride. The furthest we’ve ridden so far is to Salisbury and back, down the lovely Wylye valley (again). It coincided with hubby’s Cannondale needing a new back wheel, so he rode his Kinesis G2 gravel bike. Comfy tyres, slower paced, sarnies by the cathedral, cakes in Wilton… It poured with rain on the way home, but it was relaxed and thoroughly enjoyable. I don’t even think our average speed was down by that much.

Don't get me wrong, I love a fast descent and whizzing along on the flat with a tailwind, though it's usually a headwind – I even like the challenge of a steep climb – but sometimes it's nice to go slow.

Just last weekend, for example, our daughter Izzy was home and keen to join us on our regular 30-mile Longleat loop. It’s the first time she’s been on a bike for about three years, and the first time in about 10 years she’s ridden just for pleasure. (She might argue it wasn’t all pleasure.) Our average speed dropped to about 10mph, but as we pootled along we chatted, we looked at the scenery, we stopped for drinks and food… (though not the coffee and cake we’d planned to have at Longleat – cyclists aren’t welcome in the cafe unless they’ve paid the £30-odd entry fee). 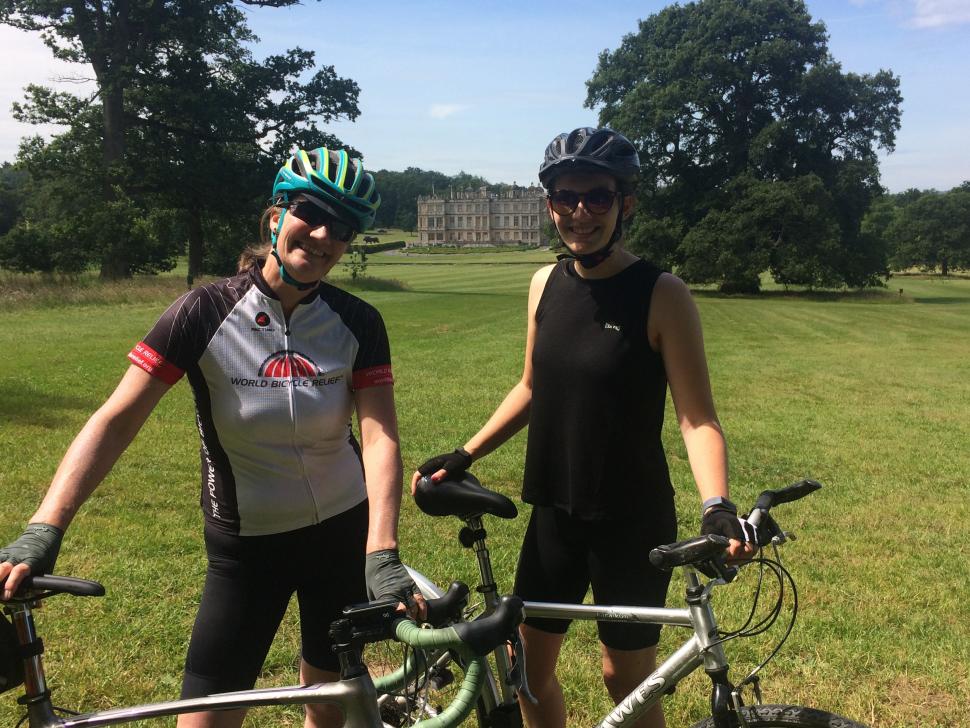 It reminded me of the 50-mile Wye Valley Warrior ride I did years ago with our other daughter, Harry – the slowest but one of the most pleasurable sportives I’ve ridden. We rode slowly, we stopped on hills and rested when she needed to, we took our time at the feedstops… we enjoyed the ride.

I know it’s going to be hard in September and we do need to up our training – we’re talking 119 miles on the middle day, including climbing up The Lecht early on in the morning – but we’ve got 12 hours in which to do them. As long as we’ve completed each day between the hours of 7am and 7pm, all will be fine.

Now, where did I put that copy of Lost Lanes, I've got a two-day ride to plan…

• Entries for the 2020 Deloitte Ride Across Britain, 5-13 September, are now open: www.rideacrossbritain.com