Subscribe
Back to Features
feature
Tech
2022 Specialized Allez Sprint vs S-Works Tarmac SL7: can it compete?

2022 Specialized Allez Sprint vs Tarmac SL7: which is best?

Can you get the performance of the Tarmac at a fraction of the price? Specialized reckons you can with the 2022 Allez Sprint
by Liam Cahill

Specialized has made the 2022 Allez Sprint incredibly similar to the Tarmac SL7. But can it ever compete with its carbon-framed bigger brother? And is it as Specialized claims, the world's first alloy superbike?

We won’t go deep into the marketing spiel surrounding this bike. We covered that in our tech news piece. Instead, here are the six headlines: 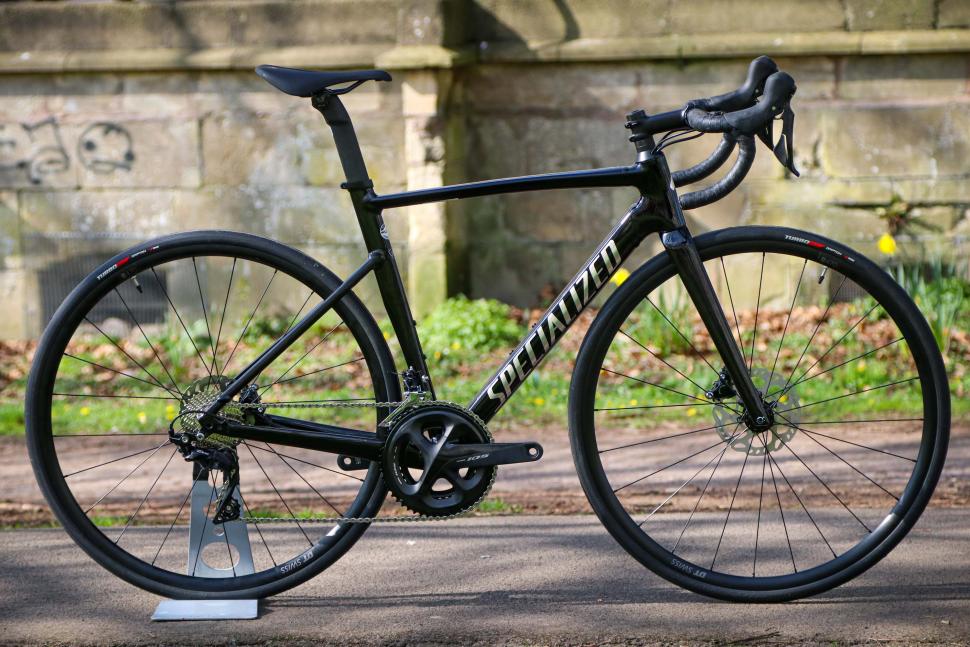 The big question, for us at least, is how the Allez Sprint compares to the Tarmac SL7. Specialized has even called this a carbon copy, so how does it stack up when compared to one of the best superbikes in the world? Thankfully, we have just the bike to test it against in my S-Works Tarmac SL7 frameset, currently built up with the latest 12-speed Ultegra Di2 groupset. That’s in for review, so make sure you’re subscribed to our YouTube channel so you don’t miss that video.

It’s good news if you haven’t got Tarmac money. While the Allez Sprint doesn’t quite match the SL7, it gets incredibly close, and you’ll be getting the majority of the ride characteristics in the Allez that you do in the SL7. 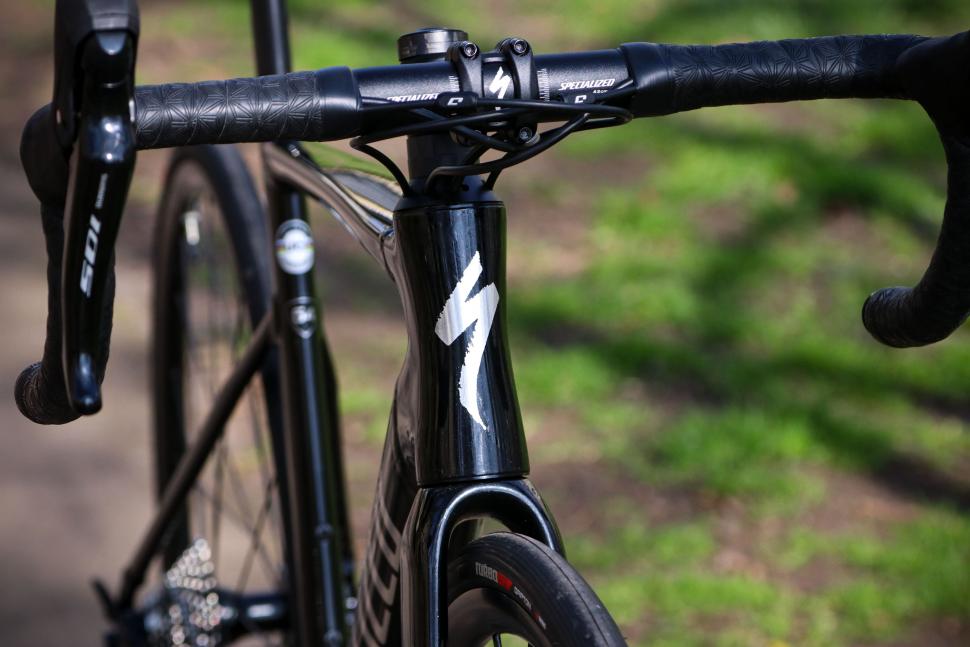 The aesthetics are really similar too, aside from the welds. Up at the front end, you’ll find that the cables have been hidden away, entering the frame through the top headset bearing. It is exactly the same system as you’ll find on the SL7 and, if you ignore this shoddy cable routing job, it creates a very clean front end.

We think that Specialized deserves some appreciation. Alloy isn’t the glamorous frame material choice, so it is great to see a big brand pushing what can be done with alloy tubes.

The only real difference comes when you start to climb. The SL7 is easy to build to below the 7kg mark; and while we can’t compare builds here, the Allez just wasn’t as happy on the steeper gradients.

The fact is, though, that the £1,599 Allez frameset can be built up to very closely resemble an SL7. In the process of doing that, you’re going to save a huge chunk of cash, literally thousands, and that could be put towards another bike. Or a cycling holiday, or spent on the kids.

In terms of how the Allez rides, we don’t think you’ll be surprised to learn that this thing is rather happy to go fast when you want it to. Those tube shapes, combined with the ability to get just as low at the front end as with the SL7, mean that on flat and rolling terrain, the Allez Sprint feels very similar to its carbon brother. 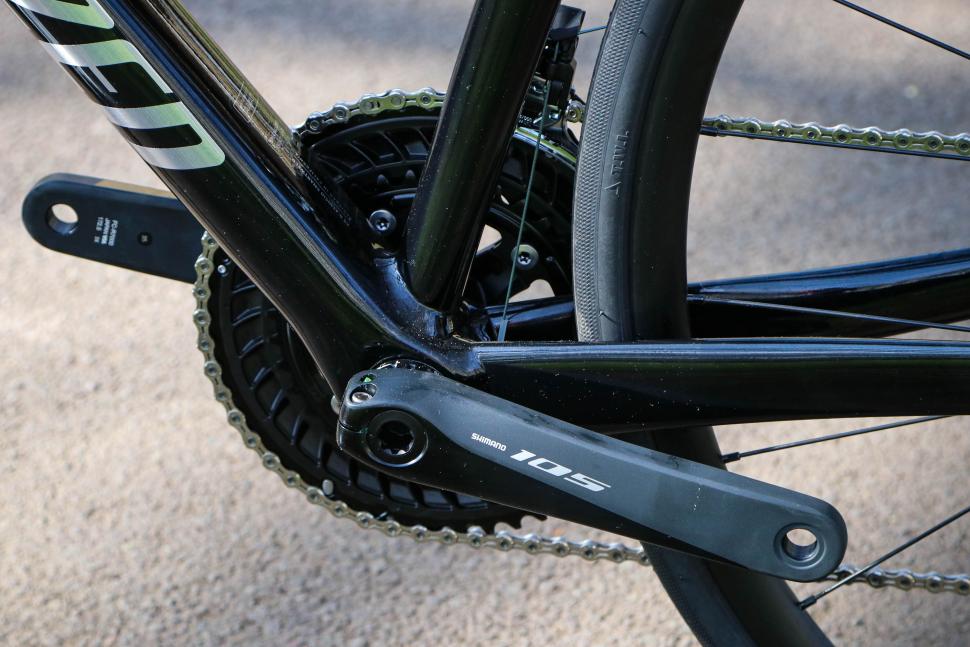 Our initial impressions are of a bike that is ideally suited for fast group rides, whether that's the local club run or just batting about with a few mates. In this sense it's just like the SL7, and on fast rides it's amazing how similarly they perform.

The Allez Sprint felt like it was happiest when rolling along at a decent lick. It doesn’t feel as sprightly out of a slow corner, or up a steep hill as the SL7, but the 8.74kg weight is perfectly low enough for smaller hills. There’s also plenty of stiffness in the frame to ensure that the bike doesn’t feel dull when you want to punch it in a sprint.

Alloy frames always had a reputation as being harsh. A bad one will be, but a good one isn’t; something that Cannondale shown long ago with its CAAD range, and the Allez Sprint is certainly in the latter camp too. It's a really nice race bike to ride and, while certainly as firm as a race bike should be, it isn’t going to beat you up on normal roads.

The Allez boasts similarly wide tyre clearance as the SL7, and that means if you want to make this a floaty ride, then you can easily do so. Just whack some big tyres on some wide rims and run them tubeless. The flip side is that those of you that like to feel what's going on the road underneath are going to get plenty of feedback.

The nicest thing about this bike for us was the handling. The original Allez Sprint was designed as a crit racing bike. Now that the frame has been made to match the SL7, you’ve got more of a road racer’s bike which, for most people, will be more suitable. The new bike has lost a little bit of the twitchiness of the old frame, thanks mostly to a longer top tube, but the way that the bike now simply sails through fast corners is addictive.

Tip this thing in and it just tracks quietly, allowing you to push for the apex. In terms of balance, this is brilliant, because it is going to offer a rewarding ride for newer riders and experienced racers alike. 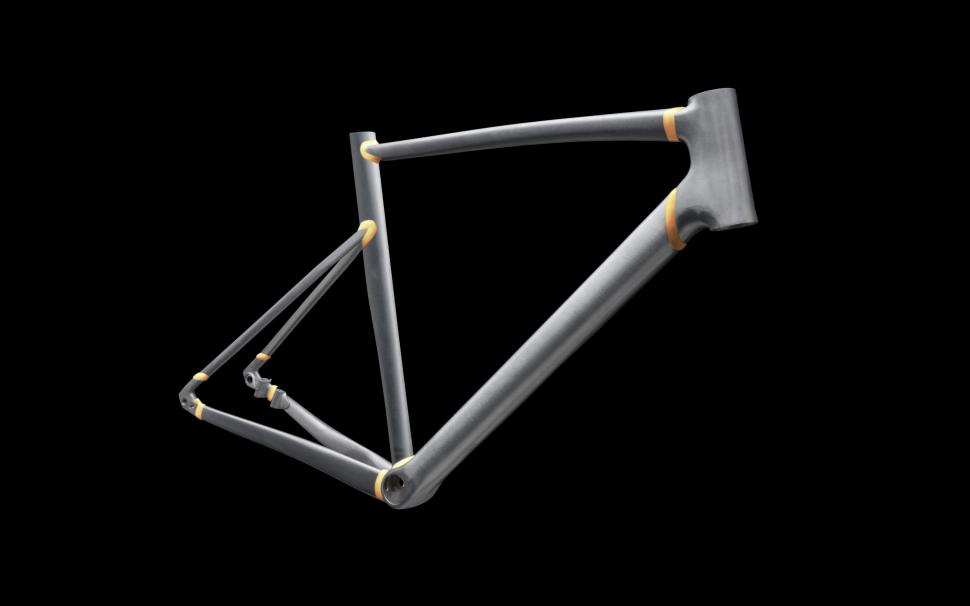 The one drawback to the Allez Sprint, especially when compared to the smooth lines of pretty much any carbon frame, comes at the welds.

Specialized uses what it calls ‘Smart Welds’ which we first saw on the S-Works Allez in 2013. Specialized says that this gives each tube much greater strength in its own right, and also allowed it to move the weld point away from the traditional join point at the headtube. This apparently allows for the use of less material, while also minimising strain on a high-stress area. 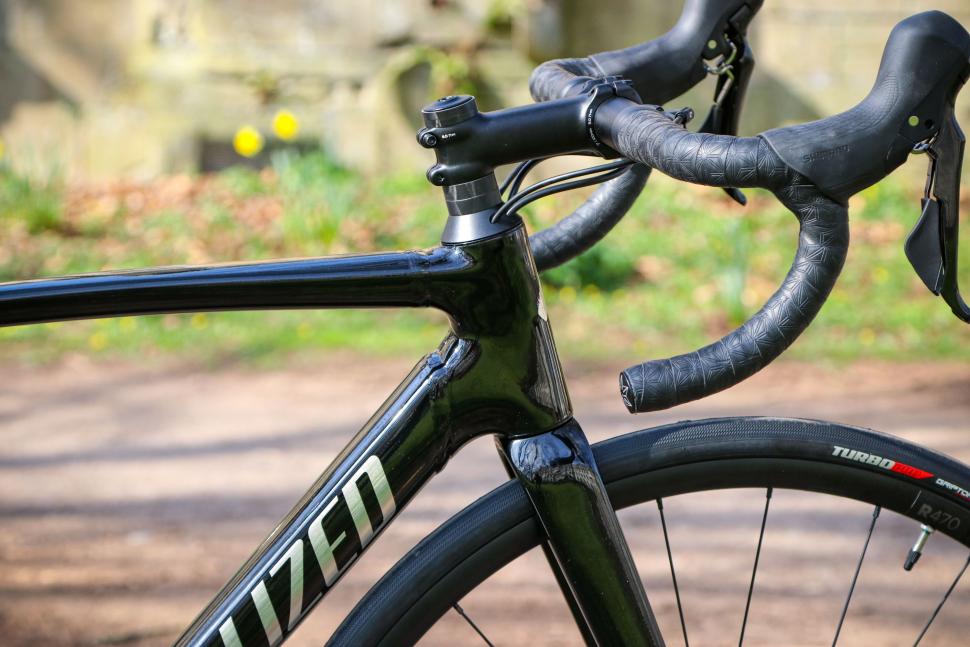 For us, it's a shame that Specialized hasn’t been able to make the external face of the weld smoother. While an engineer might be impressed by your welding work, to the average eye, they just look quite messy.

The weld lines could be enough to send some people off in search of a carbon bike, and remember the price is still £2,650. That is getting yourself into the territory of some bloody good carbon bikes. Yes, we can stand here and tell you until we're blue in the face that quality aluminium bikes can be far better than cheap carbon, but it is still the case that carbon has an allure that aluminium doesn’t.

Speaking of money, there is an elephant in the room... and that is the sizeable price hike over the 2019 model. That cost £1,900 and it had the same groupset, the same wheels and the same tyres. It was pretty much the same bike.

The £750 increase - that’s a 39% rise by the way - is covering the frame design. It is quite tricky to make alloy conform to these shapes, so some of the increase can be forgiven, but then you’re also paying for the fact that everything, from raw materials to shipping, has got more expensive. 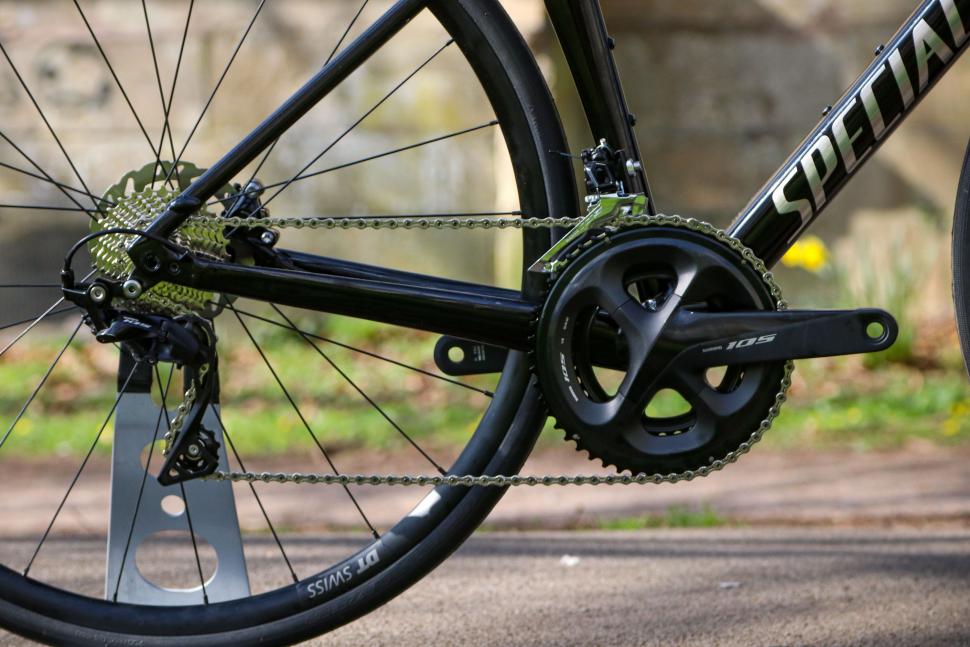 For us, the DT Swiss wheels would be the first thing to go. For purely aesthetic reasons, this bike deserves a set of mid-depth carbon wheels. A set of 50mm deep wheels would be perfect, but for the extra ride quality we think that the bike would benefit from something a bit wider in the tyre department. The 20mm internal width of the R470 rims is good, but Specialized isn’t making the most of this wheelset, as the Turbo Pro tyres are 26mm wide and limited by their need to use inner tubes.

Our money would go on some tubeless-ready carbon hoops that are at least 21mm wide internally, and then we’d stick some nice 28mm tubeless tyres on there. But that’s just me...

We’d also look to get the stem from the SL7, as that can create a much cleaner finish with the cables routed really nicely underneath. We're getting picky now, and will concede that the bike is a decent package as it is.

What really can’t be argued is that the Allez Sprint Comp offers a far more affordable route into road bikes than the Tarmac SL7, and it's a brilliant bike to ride. On flat and rolling roads, you’re really not losing much to the Tarmac SL7; but the price hike puts this bike uncomfortably close to some brilliant carbon options, and there are aluminium bikes out there that do have tidier finishes.

Even so, this is one of the best road bikes on the market. Full stop.