Subscribe
Back to Features
feature
Sponsored
Buying
Sponsored
How much money can you save by ditching the car commute?

The best bike for commuting? We explore Ribble’s range

Ribble has a variety of bikes that are perfect for commuting. But that’s not all that they’re good for
by roadcc staff

It isn’t a secret among the cycling community how much money you can save by using a bike for the commute. Even if you don’t completely ditch the car, you’ll be saving money each year and that commuter bike can be used for so much more than just the trip to work.

Ribble has given Liam free rein to choose his perfect commuting bike, which is a bit dangerous given his often expensive tastes. But before he selected his bike, Liam headed to the Ribble showroom at Cribbs Causeway to see a selection of bikes that would be ideal for different commutes.

The showroom at Cribbs Causeway is one of five in England where you can go and take a close look at the bike that you might have your eye on. The showrooms don’t just act as a place to look at bikes though. At each one, you’ll be able to get sized up for your new bike and as Liam found out, you can do this while wearing jeans and trainers, so you don’t have to go prepared with lycra.

In the Cribbs Causeway showroom, Ribble also displays samples of a range of its custom colour offerings, so you can see how the sparkly orange looks with a glossy silver before you purchase your design on the Ribble Bike Builder. 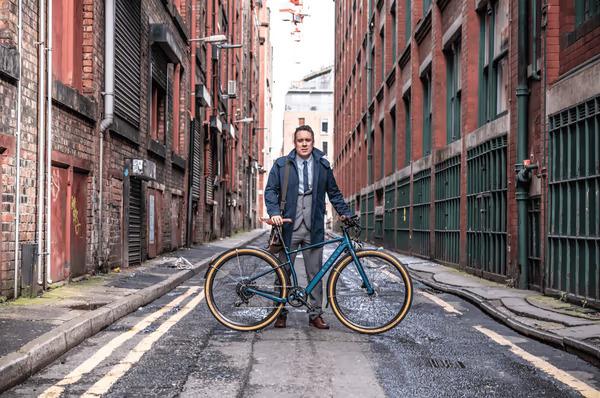 Walking through the range of bikes, Liam started with the Hybrid AL E. This is the fully loaded version which costs £2,399 and comes, as the name suggests, fully kitted out for commuting with mudguards and a pannier rack.

Next, the Hybrid AL is the manual version of the bike above. It comes without the helping hand of the electric motor, but it does cost a fair bit less, with prices starting at £1,099. It too can be specced with a pannier rack and mudguards. 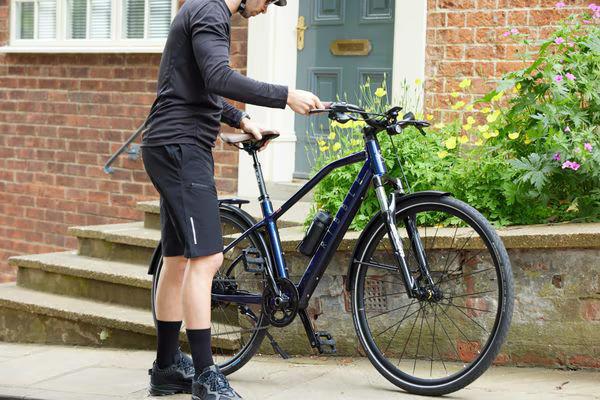 Both of these Hybrid models would be ideal for a medium-length commute as their comfortable riding positions are matched with good efficiency and comfort from the touring tyres. But sometimes the way to work is not smooth at all and this is where the trail versions of these bikes come in. 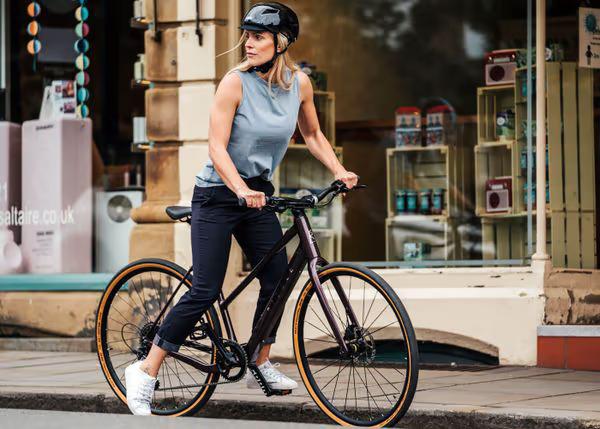 The Hybrid Trail models also come in standard and electric versions and if you thought the range was done there, oh no. There is a step-through version of the Hybrid AL at £2,399 for those of you that want the easiest time getting on and off the bike. 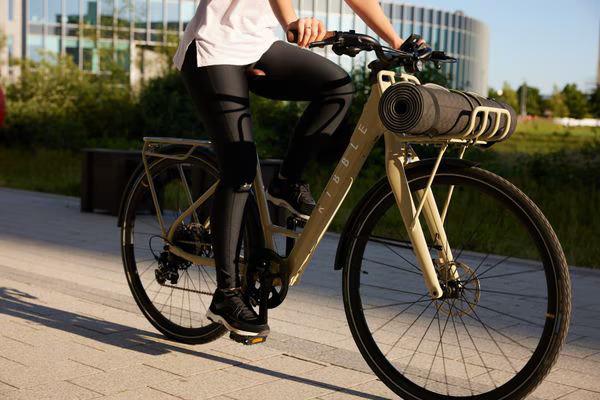 The Urban AL E, at £2,499 is, like the name suggests, a bike for a city-centre commute. These step-through designs are, in the commuter heaven of Copenhagen a unisex design. You’ll see an even split of men and women riding these bikes as the low frame design is easiest to use when you’re in typical office attire, so they really are for any rider.

Getting to work without being sweaty is a common concern for those that are yet to try commuting by bike and it is here that the pedal-assist motor comes into its own. It simply makes getting up to speed and over hills easier which, when you’re just trying to get to work, is crucial for many. 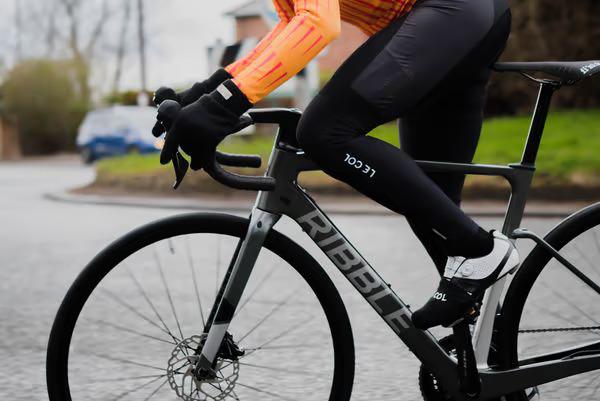 Longer commutes generally require the highest level of efficiency, so it will come as no surprise that Ribble recommends its Endurance SL E (£2,999) for these trips. The Endurance is Ribble’s do-it-all road race bike and the lightweight frame features aero tube shapes to help you out when the speed goes up.

As Liam notes, many longer commutes will often require you to head up some pretty serious climbs and this is where the SL E’s motor comes in. While many of you could get up the local climb on the weekend ride, doing these efforts every day around a tough work day can be incredibly draining and leave you without any legs for a spin at the weekend. 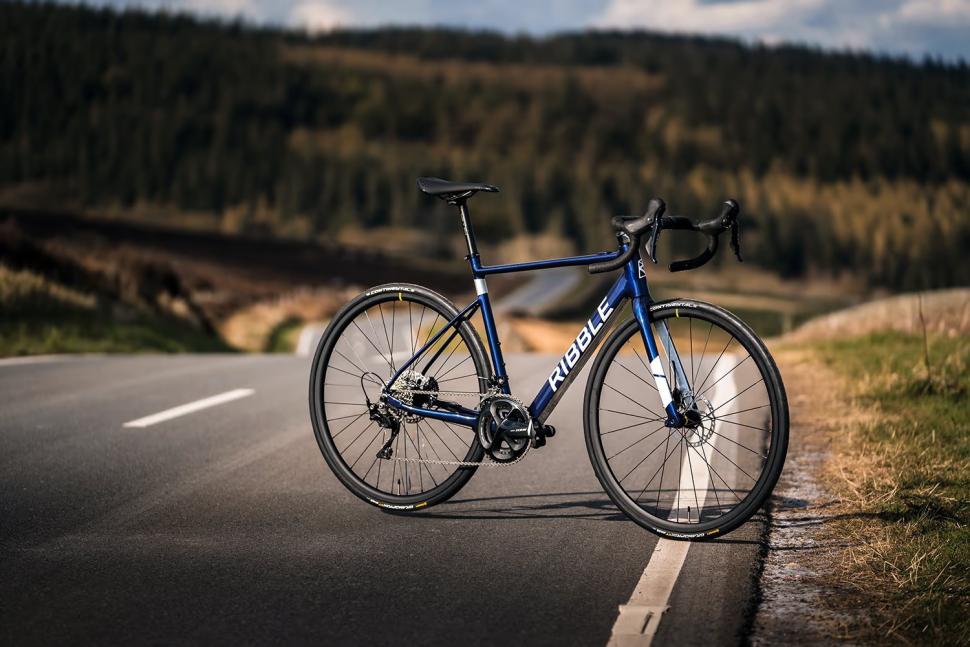 The SL E was our eRoad Bike of the Year for 2019/2020, so we know that it is one of the best on the market. If you wan’t this bike in a slightly more affordable package, the Endurance is available in an AL E version which starts at £2,599. 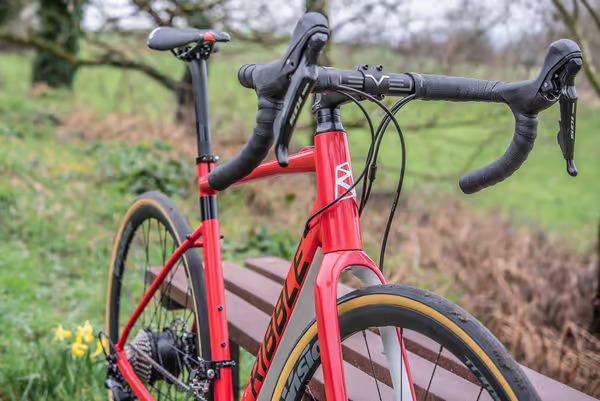 And if your commute features some off-road sections, or you fancy taking the long way home, there is the CGR AL E which costs £2,499. This bike also took one of our Bike of the Year awards, so again, you can be sure that it offers a lot of bang for your buck.

The CGR AL E offers the widest tyre clearance here along with extra carrying capacity which means that you could clock off from work on a Friday and head out for a bike packing trip at the weekend. 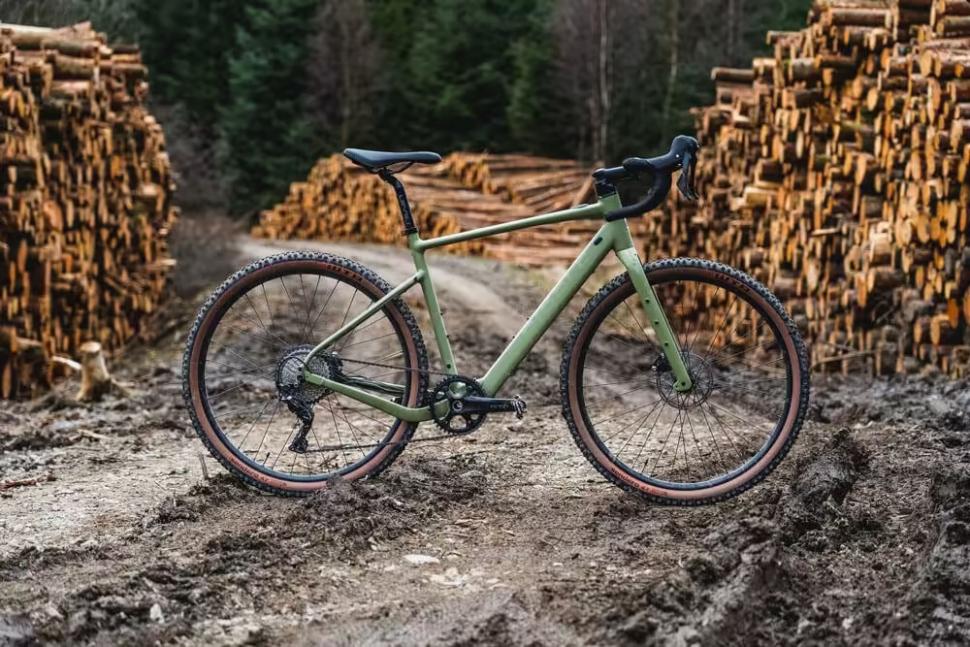 And finally, a great all-around option is the Gravel AL E at £2,699. We’d pick this if you were looking for one bike to do everything, from commuting duties through to getting out for an adventure at the weekend. Speaking of which…

And then the weekend

A bike that is purchased for the simple act of getting to work doesn’t have to be put away at the weekend. All of the above can be easily set to leisure duties if you fancy heading out with friends and with many of the bikes boasting load-carrying capabilities, the weekly shop or a trip to town won’t see you queuing for the car park anymore.

Switching some of your commutes to the bike is also a great way to work a bit of fitness into your daily life. The health benefits are numerous and studies have shown that an active commute makes you more alert once you get to work too.

For many of us, the decision to switch to a cycle commute is made via the wallet. Say you’ve got a 10-mile commute. Having an eBike like one of these Ribbles makes a distance like that doable day in, day out, even if you’re not that fit. Given that fuel is about £2 per litre in the UK these days, in a normal car in commuting traffic you’ll be burning through about £4 a day just in fuel.

The bike will cost you some money. The one that Liam has chosen will set him back £2,399. But you could get over £800 off that price through a cycle-to-work scheme if your company is running one, and fuelling Liam only costs the price of bananas and porridge.

And of course, fuel money isn’t all you spend on your car. There’s Insurance, servicing, repairs, vehicle tax, parking fees… it all adds up. The average UK car owner spends about £,3500 on their motor every single year. So if by switching to a bike commute you can get rid of a second car, use the car less or even go car-free, the savings can be huge. You’ll be quids in in less than a year.