Including a 6,000 lumen front light, new folders and a DIY bamboo bike
by Mat Brett

We've found a whole bunch of new products at Taipei Cycle, starting with the one of the most powerful front lights out there. Of course, you wouldn't make any friends if you used this one out on the road.

Cateye will launch a 6,000 lumen front light later in the year, the Volt 6000. They say that it’s the first bike front light to use chip-on-board (COB) LED technology. What does that mean? It’s a system where multiple small LEDs are positioned together to act as a single lighting module. The Volt 6000 uses 144 LEDs.

One issue with that amount of lighting is the temperature it generates so Cateye have fitted the light with a fan at the back of the head unit to help dissipate heat. You might think that would make things heavy but the head unit is actually very light at 90g (the battery unit is separate). 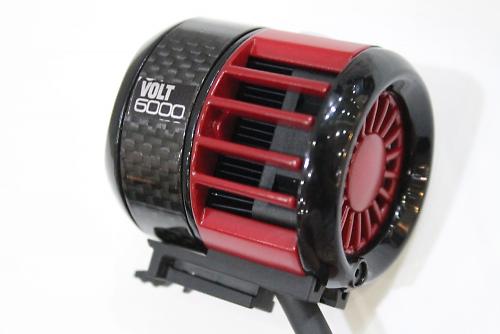 Cateye say that the 6,000 lumens remains consistent for the 1hr runtime rather than dropping off over that period.

If you don’t need that level of output, the Volt 6000 offers four other modes down to 500 lumens. You get a claimed 12hr runtime on that one.

Of course, 6,000 lumens is going to be way too bright for use on the road. Or, if you do want that amount of light on the road you’re going to have to switch to a lower output in oncoming traffic.

There’s no UK price for the Cateye 6000 yet although we do know that it’ll be $US800 when it becomes available in July/August.

Cateye are also launching a ‘Smart’ version of their Padrone bike computer to harness the power of your smartphone, adding to their existing Strada Smart computer. 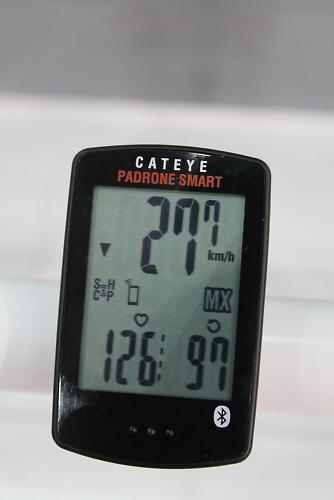 First, you download the free Cateye Cycling app onto your phone, then you pair up your Padrone Smart bike computer with your phone via Bluetooth Smart. This allows the Padrone Smart to use ‘Mirror Mode’ where it displays GPS-derived data from your phone without the need for any sensors on your bike (you can also view this information directly on your phone rather than on your bike computer). You’ll also get call, text and email alerts on the computer.

The idea, of course, is that your phone can stay safely stowed away and its battery can be preserved while the ride information is displayed in front of you on the Padrone Smart.

Your smartphone can also offer maps of your rides and graphs of performance parameters, and the data can by uploaded easily onto your PC or Mac and stored on the Cateye Atlas website. Uploading to Strava and Training Peaks is equally simple.

If you don’t want to carry your phone, you can get speed, cadence, heart rate and power data from Bluetooth Smart wireless sensors displayed on the Padrone Smart. In this case, all your ride data is stored on the bike computer for uploading to Cateye Atlas, Strava or Training Peaks later on.

The Cateye Strada Smart is already on the market at £79.99 and the Padrone Smart is due to arrive in the UK in May. We don’t yet have a price. 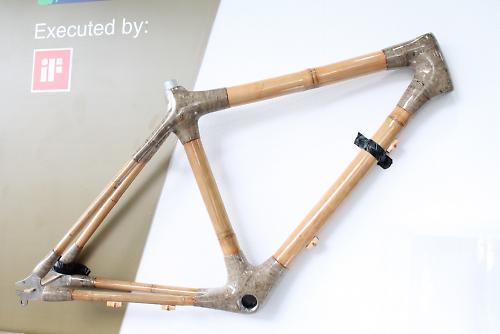 Want a bamboo bike? Want it in kit form so you can build it yourself in your garage?

Well, imagine you did want that. If you did, you’d need to wait no longer, because there is now this. Bickerton will be introducing new portable/foldable bike models later in the year, hitting lower prices than ever before. The Pilot is a new design with 16in wheels so it can fold down smaller than most Bickertons currently available (most have 20in wheels). Bickerton give a folded size of 32 x 74 x 62cm and a weight of 11.9kg. The Pilot will initially be available in just a 6-speed build although other models may be added in the future, possibly with hub gearing. The price is likely to be around £300-£325 when the Pilot goes on sale, probably this autumn. 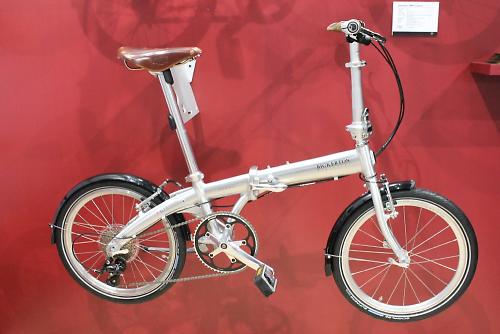 The Junction is an existing model in the Bickerton range although in future it will be available with a more basic hinge to bring the price down. The new Comet is a similar design to the Junction but it’s made from cromo steel. The idea of the material change is to add suppleness to the ride.

The Comet will initially be available in two different builds, 8-speed Shimano Claris and 18-speed Shimano Sora. UK prices have yet to be set although, as a guide, they are US$599 and US$799 respectively.

Like the rest of these new Bickerton models, availability is likely to be from the autumn in the UK, although that has yet to be confirmed. 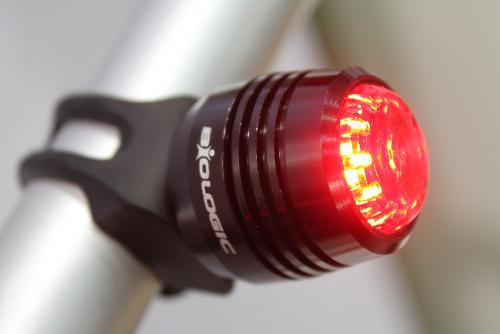 BioLogic have a whole bunch of new components and accessories including these new Revue USB rechargeable lights. The front one offers a claimed 40 lumens of while the rear one is a claimed 15 lumens, each with a runtime of 3hrs to 15hrs, depending on the mode you use. 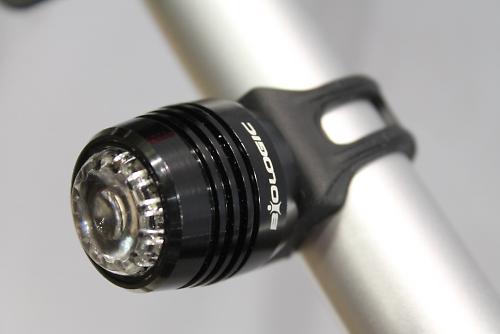 BioLogic unveiled its Bike Mount WeatherCase last year and the range has now been updated to include iPhone 6 and iPhone 6 Plus options (€34.95). The WeatherCase is designed to keep rain and dirt off your phone, allowing you to have the display visible as you ride so you can use it as a bike computer, for example.

It attaches to your handlebar or stem via BioLogic’s AnchorPoint mounting system. This is a four-point clamp that’s operated by a ratcheted stainless steel tightening mechanism. The Tern bikes for Ekocycle feature frames that are made from at least 10% recycled aluminium.

This is the Ekocycle version of Tern’s X20 which comes with a dynamo system and mudguards. It sells in Harrods for £2,600. The other Tern bike to get the Ekocycle treatment is the P9. Tern have several new products on the market including the Kori basket that’s made from rigid aluminium tubing. It has a quick-release mechanism that works with the Klickfix system. 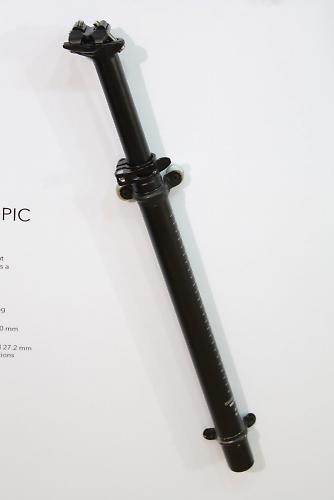 They’re also offering a telescopic seatpost for the first time that provides an extra 90mm of saddle height for taller riders. It also allows a Tern bike to fold down smaller than before. The N8 is a new model that’s similar to Tern’s existing D8 but with slicker tyres and an more aggressive ride position for those who want to be a bit more speed-minded on their commute. It’s not available in the UK yet but it will be later in the year.

1
Cyclist driven into by Range Rover driver blasts "victim-blaming twaddle" from police who initially refused to take action
2
"Unacceptably gross": Peloton cyclist's complaint over relative leaving bike in a sweaty mess goes viral
3
Pro cyclist no longer rides alone after two 'bikejacking' attempts as violent incidents increase
4
road.cc Recommends gets refreshed with 14 brilliant products
5
Driver who killed two cyclists during charity ride “didn’t understand severity” of incident, says prosecutor
6
Near Miss of the Day 809: “Just doesn’t get closer than this” – Cyclist squeezed between van and kerb at bike lane pinch point
7
Dual carriageway time trials suspended after cyclist killed on A11
8
Road rage motorist assaults cyclist and steals his camera after accusing him of ‘not riding in the bike lane’