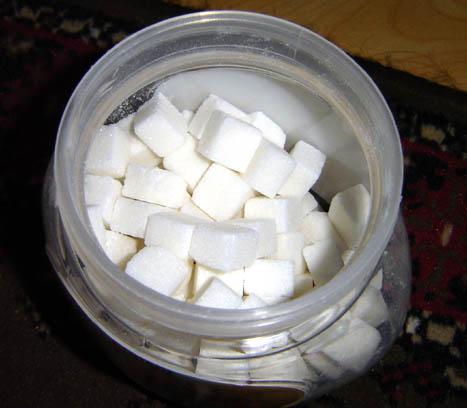 Taste of sugar enough for brain to boost body's performance

Rinsing your mouth with a sugary solution can significantly boost cycling performance suggests research by British academics. They found that over shorter periods of exercise (under an hour) your brain reacts to the promise of carbohydrate by increasing activity in the areas of the frontal corex that control reward/pleasure, and motor skills – which in turn boost physical performance.

The study carried out by researchers from the Sports Science Department of Birmingham University and Manchester Metropolitian University looked at how endurance trained cyclists performed when rinsing their mouths out with two different sugar solutions one of 6.4% glucose the other 6.4% maltodextrin – sweetened with artificial sweeteners. Both groups also did the same time trial test rinsing with artificially sweetened placebos. The researchers then used an MRI scanner to look at the cyclists' brain activity after rinsing with the respective carbohydrate/sugar solutions and the placebo.

Both groups of cyclists showed signficantly increased levels of physical performance when rinsing with the sugar solutions completing the time trial test 2% faster and producing more mean power in the process. The MRI scanner also showed increased activity in the parts of the brain that control pleasure and reward, and motor skills when the cyclists rinsed with the sugar/carb solutions. The artificially sweetened placebos had no effect on brain activity.

What does this mean? Well in short burst activity, under an hour, you can fool your body into performing at its peak by promising it sugar or carbs – you don't actually need to take any on board.

This helps explain the findings of a 2004 study which found that athletes performed better using energy drinks even over short periods which seemed to contradict the physiological evidence – over your body fuels itself from existing glycogen stores for around an hour's worth of vigourous exercise, so doesn't need any extra fuel. What the new research appears to show is that the increased short term performance is not down to the fuelling properties of the energy drink, but to your brain reacting to its taste and optimising your bodies short term performance as a result.

All well and good for shorter efforts such as evening 10s or performance commutes, where this suggests a sugary sloosh will get your body instantly performing at its peak.

However, the researchers suggest that there is likely to be a corresponding let-down effect if your efforts take you beyond the limits of your glycogen stores and you don't deliver on that promise of carbs. So, you'll still need to swallow rather than spit for longer rides, and a bowl of cereal at your desk might also be a good idea after a power commute.