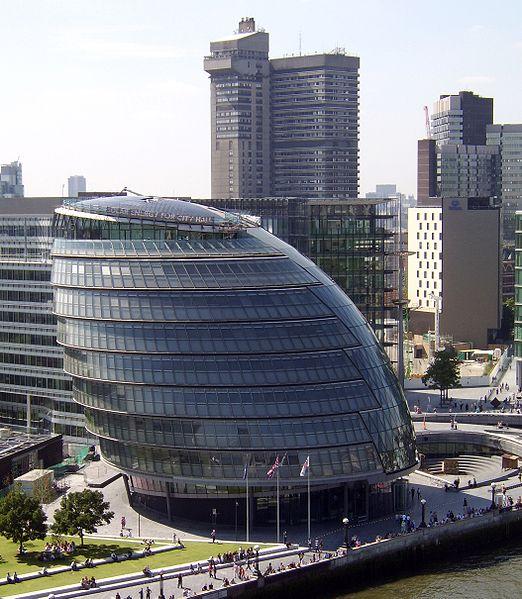 Mayor of London Boris Johnson will come under intense criticism at the monthly Mayor’s Question Time session at the capital’s City Hall tomorrow, with what his critics describe as his apparent prioritisation of traffic flow over the safety of cyclists one of the issues on which he faces scrutiny. It's an impression that is also reinforced by a public admission by a Transport for London (TfL) official that introducing a cycle lane at the site where a cyclist died in October would “cause considerable queues” for traffic.

So far during 2011, sixteen cyclists have lost their lives on London’s streets, the latest four in collisions involving lorries, with each of those most recent fatalities occurring at junctions where the safety of either cyclists or pedestrians had previously been raised.

Last week, the boyfriend of the first of those four cyclists to be killed, 24-year-old student Deep Lee, attended a meeting at Camden Town Hall, a couple of hundred yards from the junction of Pentonville Road and York Way where the woman he described as his “soulmate” was crushed to death under the wheels of a lorry during October.

At that public meeting, reports the Camden New Journal, Kenji Hirasawa listened as council officials ran through a series of charts and pie charts that they claimed highlighted that targets regarding the safety of cyclists were being met.

A member of staff from TfL added that installing a cycle lane at the junction where Deep Lee died would “cause considerable queues” and that there was “limited time” to implement safety recommendations there due to what was described as a “commitment” to have them in place by next summer’s Olympic Games.

Reading between the lines, that “commitment” ties in with an obligation to ensure there are no major roadworks being carried out in the capital while the Olympic Games are taking place.

Talking to the Camden New Journal, Mr Hirasawa said: “I grew up in Shinjuku, the busiest area in Tokyo. I never heard that such a dangerous junction existed in that city.

He said that TfL had approached him to talk about having the ghost bike that had been put up in Deep Lee’s memory removed. “I told them they should sort out the junction first,” he revealed.

Mr Hirasawa added: “I will be so ashamed that Deep Lee was killed at this junction if I am a member of Camden Council or TfL. This area is known as a blackspot for cyclists. It is so shameful that there exists such a name of a place in Camden and in London, one of the most developed and advanced cities in the world.”

Relatives of other cyclists killed in London in recent months have also issued calls for Mr Johnson and TfL to take immediate action to improve safety.

The widow of Brian Dorling, killed at Bow roundabout in October, had warned TfL following her husband’s death that other cyclists would lose their lives a the junction. That chilling prediction was fulfilled within days as Svitlana Tereschenko died there, killed, like Mr Dorling, by a tipper lorry.

Then, last week, the father of 22-year-old Ellie Carey, killed earlier this month in Bermondsey, urged TfL to ensure that the safety of cyclists be improved to ensure that something positive could come out of her death.

But as he and his family were visiting the location where she died at the junction of Tower Bridge Road and Abbey Street, not so far away at City Hall, Conservative Assembly Members were staging a walkout which meant that a motion on the cycle safety tabled by Labour and Green politicians and supported by the Liberal Democrats could not be debated.

Mr Paddick, a former Metropolitan Police commander for Lambeth, continued: "I would have to say that there is a balance to be achieved because buses, for example, and delivery trucks still have to negotiate London roads.

"But having said that, you cannot have a roads policy that puts people's lives at risk. We are seeing a significant increase in fatalities, particularly of cyclists.

"I visited some of the sites of where those fatalities have taken place – the Bow Roundabout, for example – and we were at Kings Cross yesterday looking at the junction where a student was killed recently.

"It's quite clear how those junctions at minimal cost can be modified in order to make them safer for cyclists and yet Transport for London will not change the layout because they said it will slow down traffic flow."

If elected mayor – his campaign will officially begin in the New Year – Mr Paddick says that one of the first things he will do is re-establish the situation that prevailed before Mr Johnson became Mayor in 2008, with the needs of cyclists and pedestrians given precedence over those of drivers of motor vehicles.

"What we have got to do is make London more civilised and that means giving priority to pedestrians and to cyclists. We need to look at all the major junctions and see how we can modify them in order to make it safe for cyclists."

One London politician and fellow mayoral candidate in next year’s elections who has campaigned consistently for improvements to be made to the safety of cyclists in London is the Green Party’s Jenny Jones.

The issue is the subject of a large number of questions tabled by Ms Jones and other Assembly Members for tomorrow’s session at City Hall, with written answers due to be given by Monday 19 December to those that are not addressed at Mayor’s Question Time.

Among the questions from Ms Jones is one that refers to a report from the consultancy Jacobs ahead of Barclays Cycle Superhighway CS7 being installed, which recommended that a number of safety features to protect cyclists and pedestrians be put in place at Bow roundabout. Those recommendations were never implemented.

1. Can you explain why the recommendations from the 2010 Jacobs report on the Bow roundabout did not get implemented?

2. Did any of your advisers read any Transport for London reports which discussed recommendations in the 2010 Jacobs report on the Bow roundabout, or were they present at meetings where those recommendations were rejected?

You can watch tomorrow’s Mayor’s Question Time via a live feed from City Hall, with the session due to start at 10am.