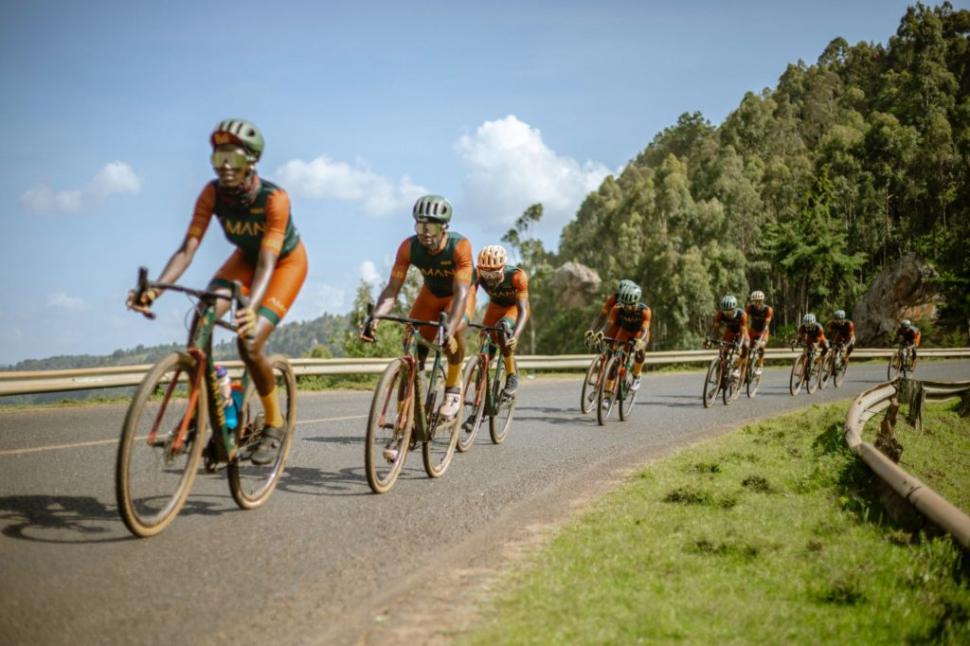 Meta, the US technology giant behind Facebook, Instagram and Whatsapp, has released an advert on its YouTube channel featuring the East Afircan cycling squad Team Amani.

The team is based in the countries of Rwanda, Uganda and Kenya with both male and female teams who have made an impact on gravel and in the world of virtual racing on Zwift.

Team Amani star in the advert where they are shown riding on their local roads (both paved and gravel) as well as racing on Zwift, plus all the new technology that Meta are aiming to make, with some very exciting looking tech shown for e-racers of the future.

The video shows the riders of Team Amani riding around their local roads, asphalt and gravel, as well as on Zwift where they took part in e-racing.

It also shows the riders using potential new tech from Meta including new goggles that seemingly showed you could ride outside on roads but also have an online experience at the same time.

As well as that, the video showed fans watching e-racing from a birds-eye view with a Star Wars-esque 3D projection of the race went on in front of them along with the team members speaking of the team and their own stories and struggles to get to the point they have reached.

In an article by CyclingTips, a Team Amani representative and human rights lawyer Mikel Delagrange spoke of how when he first saw the email from production company Droga5 he thought it was spam but he decided to read further when he saw it had a non-disclosure agreement.

Delagrange added: “I opened the NDA, and I’m a lawyer of course, so I could see that it was a real one. So it was like, ‘let’s just see how deep the rabbit hole goes.’

“It was super intense from the get-go, because it was really thorough. And so I was on the phone with my counterpart there, I think for maybe an hour a day for like, two months.

“They knew more about us than I think anybody before. It was a really serious production. It was a massive production when they ended up greenlighting it and they came and shot that film with our athletes in Masaka, Uganda; Nairobi, Kenya; and Iten [also Kenya]. And we negotiated a deal for the athletes, which was really, really beneficial for them individually – kind of life-changing for everyone on the team.

“The production itself was completely insane. There were creatives in like three or four different production houses. From South Africa, from L.A., from London. They flew in like 50 people. It was completely crazy – it was awesome. Some of the best people in the world at this thing that they do, to film that little piece. It was really cool.”

The ad had been said to have been shown around twice a day on American television as well as on all of Meta’s platforms and YouTube.

Originally the ad came out in mid-August around the same time as the tragic death of Team Amani captain Suleiman Kangangi, who died after crashing at a gravel race in Vermont at the age of 33.