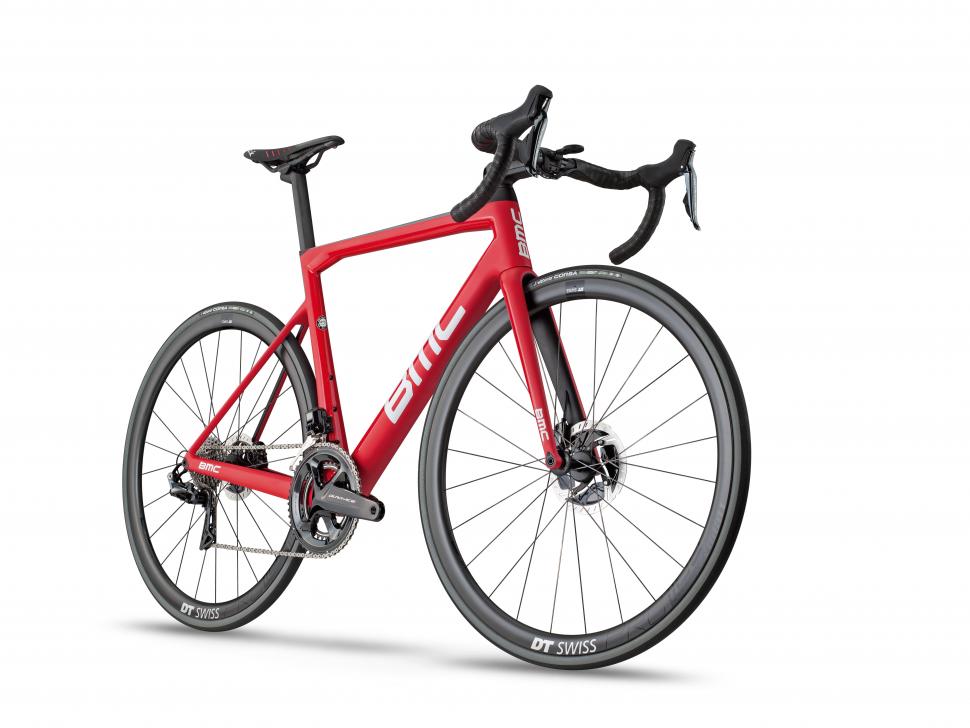 Check out new models from Specialized, Trek, BMC, Merida, Lapierre... and what to expect from Giant and Cannondale
by Mat Brett

Yes, it’s the middle of June but some of next year’s bikes are already starting to appear, and here’s a quick round-up of what we know is coming.

We know that Trek has new lightweight Emondas in the works because both rim brake and disc brake versions have been on the UCI’s list of Approved Models of Frames and Forks for a while. Check out our story on the 2018 Trek Emonda here. 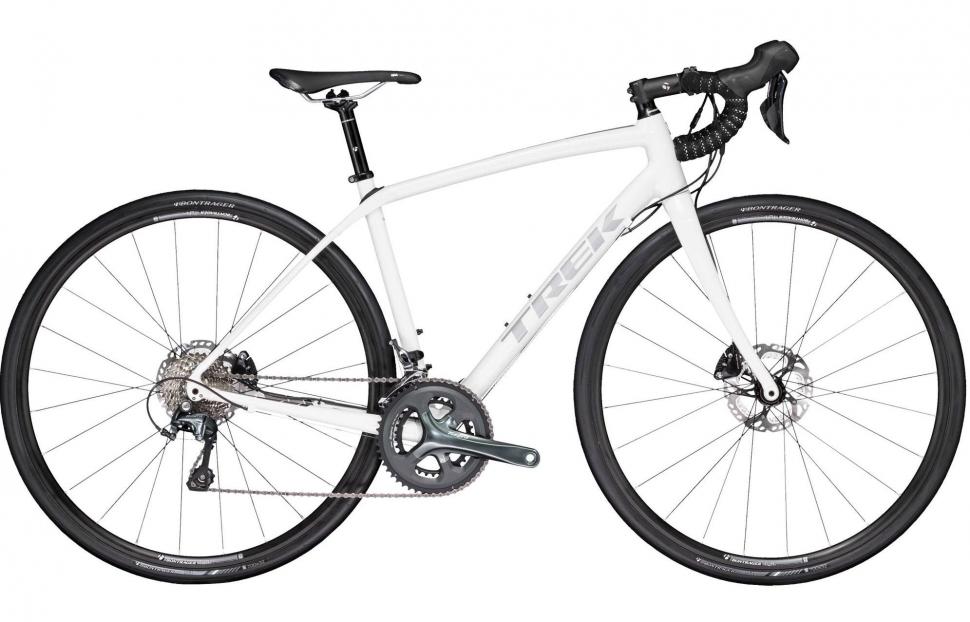 The ALR 4 Disc Women’s (above) is built around an aluminium alloy frame and features Trek’s IsoSpeed decoupler at the seat tube, designed to smooth over rough roads. The SL 5 Disc Women’s (above) is carbon-fibre and features IsoSpeed decouplers at both the front and rear.

Check out our review of the Trek Domane SLR 6 to find out more about the Isospeed decouplers. As we reported yesterday, Specialized has an all-new Diverge rough-road bike on the way soon. The US brand has shown it in a video featuring two-time world champion Peter Sagan. It looks like the bike incorporates the Future Shock system from the Roubaix along with a dropper seatpost.

We also know that Specialized has new Tarmac SL 6 and Tarmac Disc bikes coming because they’re listed on the UCI’s list of Approved Models of Frames and Forks.

A new rim-braked Tarmac, presumably the SL 6, has already been spotted being raced by Dan Martin (Quick-Step Floors) in the Dauphiné.

What are we expecting? Hmm! The Synapse is Cannondale’s comfort/endurance road bike so it would make sense for that aspect of the design to be updated. Trek and Specialized have introduced innovative features on their equivalent bikes over the past few years, Trek with its IsoSpeed decoupler and Specialized with its Future Shock system – what you might call the addition of moving parts. We've no knowledge that Cannondale is going to follow suit but you never know.

We told you about the new BMC Teammachines a couple of weeks ago. The SLR02 and the SLR01 will each be available in rim brake and disc brake versions. 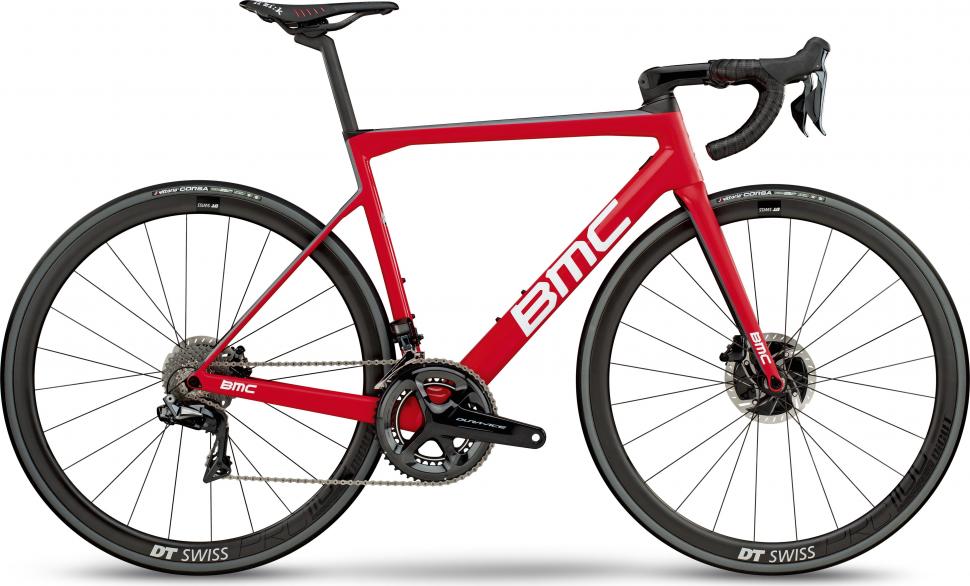 The Teammachine is the flagship race bike from the Swiss brand and will feature revised tube profiles and carbon fibre layup. The rim brake version of the SLR01 has a claimed frame weight of 790g while the disc brake model (above) is 815g.

As well as being lighter, BMC says that the new Teammachine is stiffer and more compliant than before – although you could have guessed that. It’s rare for a brand to say anything else!

Complete bike prices will start at £3,300 and you can pre-order now.

Check out our story on the new BMC Timemachines.

Giant is adding disc brakes to its Propel range for the first time. The Propel Advanced SL Disc and Propel Advanced Pro Disc have both been added to the UCI’s list but we’ve not seen any new models yet.

Advanced SL denotes Giant's top-level framesets and Advanced Pro is the name given to the next level down.

Check out our Complete Guide to Giant’s 2017 road bikes here.

What can we expect here? Tricky one! There’s no equivalent of Giant’s lightweight TCR race bike in the Liv range so perhaps the Langma will fill that gap – but that’s a guess. We reported way back in March that Merida will launch a new Reacto race bike.

It’ll be available in CF4 (super lightweight with a race geometry) and CF2 (a little heavier with a slight more relaxed geometry) models with rim brake and disc brake versions of each.

We got our first glimpse of the new Reacto when it was used by the Bahrain-Merida team in the Giro d’Italia last month. 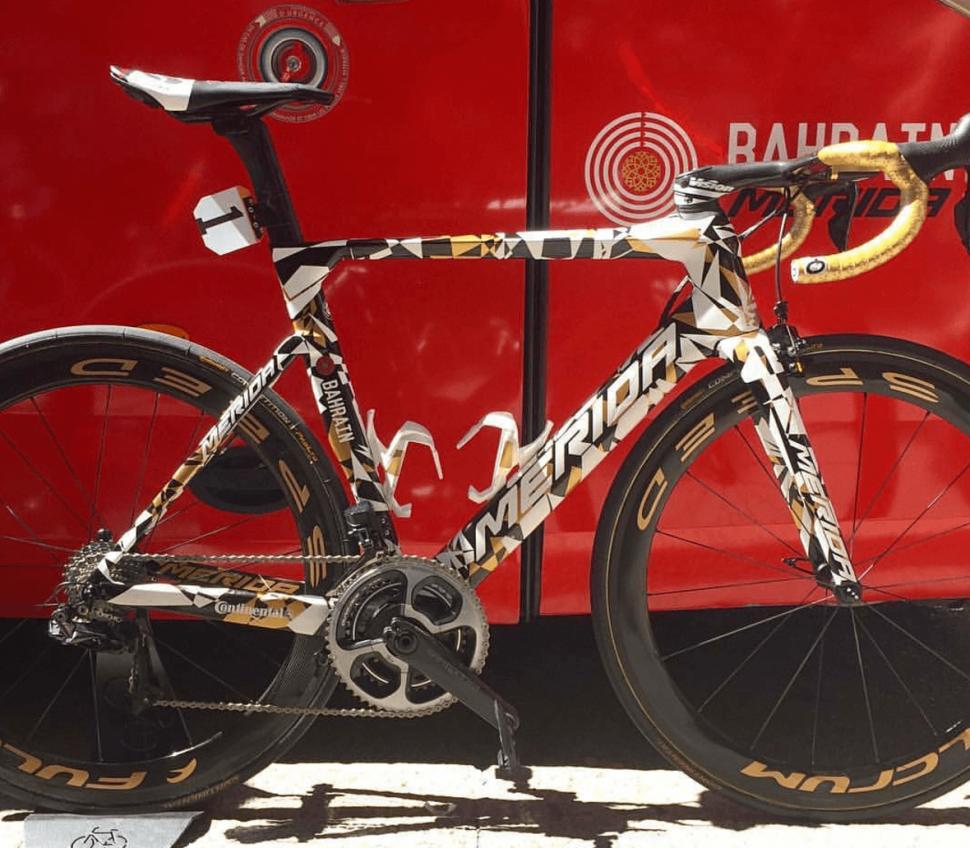 Some of the previous generation’s key features have been carried over to the new version, including the deep aero down tube and dropped seatstays, but there are some noticeable differences. For example, the fork appears to be new, the crown cuts into the bottom of the down tube more than previously and the head tube has more of a teardrop profile. We’ll just have to wait for the official launch to get the full details.

Lapierre has a new Aircode 2 in the offing; it’s another bike that’s on the UCI’s list.

FDJ’s Thibaut Pinot rode the Aircode 2 in the Giro d’Italia and stuck a pic of it on Facebook, which was nice of him!

The seat tube of the new Aircode hugs the leading edge of the rear wheel far more closely than the existing version, the down tube looks deeper and so does the head tube. The fork legs are deeper than previously too and the crown integrates into the frame. In fact, it looks a very different bike all round, although Lapierre has stuck with direct mount brakes.