The British start-up has designed shorts with hidden wires that use electrical impulses to stimulate cyclists’ muscles while riding.
by Anna Marie Hughes

British start-up Inpulse is launching new AI shorts that feature sensors, electrodes and artificial intelligence to electrically stimulate your quad and hamstring muscles, the idea being to improve performance and give an edge over the competition.

Inpulse was founded by a University of Southampton PhD student in neuroscience Devon Lewis.

The Times reported that Lewis, 27, came up with the idea for the shorts after studying neuromuscular junctions—a connection between the muscles and the brain that sends chemical signals from motor neurons to muscle fibres to make the muscles contract and strengthen.

The electrical currents activated in these shorts bypass this system, and effectively stop reliance on the brain to send out signals. Instead muscle strength is built directly.

Speaking to The Times, Lewis said: “We have a limited ability to control our muscles naturally. You can control them more precisely, get more from your muscles and contract them more strongly, if you stimulate them directly with electricity.”

Sensors monitor muscle activity during a workout, then the AI tool embedded in the shorts determines which muscles should be stimulated and the electrical currents do the zapping through the network of wires within the fabric.

Lewis reassures that the electrical current won’t feel like you’re being electrocuted and is nothing more than a tingling sensation. The PhD student told The Times: “It’s sort of the same thing as when you have spicy food and you get that little rush. It feels strange when you first start using it but then you adapt to it quite quickly.” 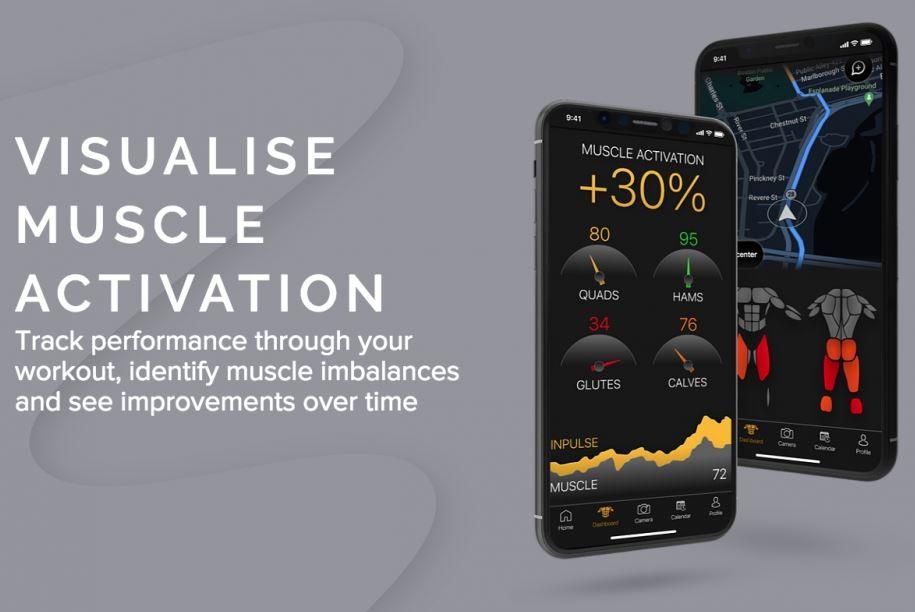 Inpulse’s website seems to indicate that an app will accompany the shorts which will allow users to “visualise muscle activation” by tracking workout data from the shorts. This could prove to help athletes by identifying muscle imbalances and monitor their performance with untapped metrics.

The British start-up plans to adapt the technology developed in these shorts for joggers and gym users.

Inpulse’s shorts will be shown at the CES virtually held technology conference this week and the product is said to be launching in April 2021.

Using built-in sensors to analyse the performance of your hamstring and quadricep muscles during your activities is not new. We covered Mbody’s shorts way back in 2014, but these weren’t cycling specific and only provide detailed information on muscle performance to control your training intensity, detect problems and prevents injuries. Basically no zapping occurring here...

Would you wear these new AI shorts with electrical currents? Tell us your thoughts in the comments below as always