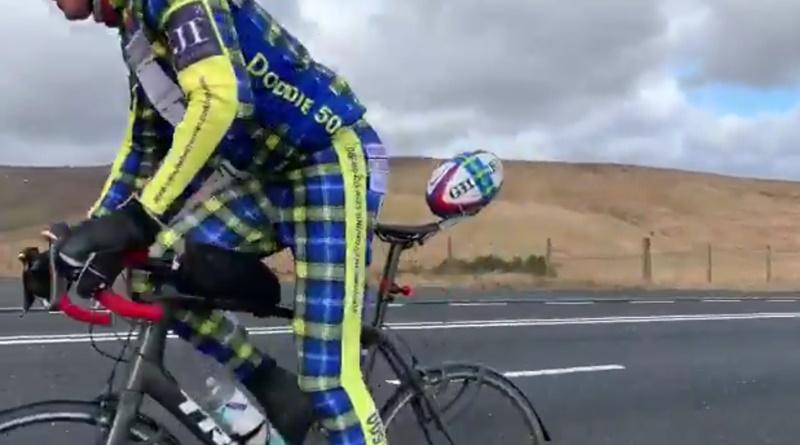 In June 2017, Weir announced he had been diagnosed with MND and he later set up the 'My Name'5 Doddie' foundation to raise funds for research into a cure and to provide grants to people living with the condition.

This week the charity announced that it has committed £2.4m into MND research. The latest fundraiser saw Wainwright join up with Beaumont to ride 500 miles from Murrayfield to Twickenham to deliver one of the match balls for today’s England v Scotland match.

They set off on Thursday and collected the ball from the Scotland team at Edinburgh Airport.

Captain @McInallyStuart hands over the @Scotlandteam v @EnglandRugby game ball to Rob Wainwright and @MrMarkBeaumont as they cycle down to Twickenham for @MNDoddie5. pic.twitter.com/h9CzSpYXm4

Somewhat bizarrely, they then headed to Stirling because Beaumont had a talk. After that, they headed south.

Wainwright said: “In attempting to ride 500 winter miles in 48 hours and keep up with a record-breaking cyclist a few decades my junior, I am challenging my body while I still can, inspired by the spirit of an old friend who fights MND with a fortitude I can only aspire to.”

It has to be said that Wainwright’s ride started somewhat inauspiciously.

Big shout out to these riders who cycled from Scotland to Twickenham to help raise funds to aid research into Motor Neurone Disease. All the best with the rest of the trip guys @MNDoddie5 #Doddie500 pic.twitter.com/d6duOzuT2R