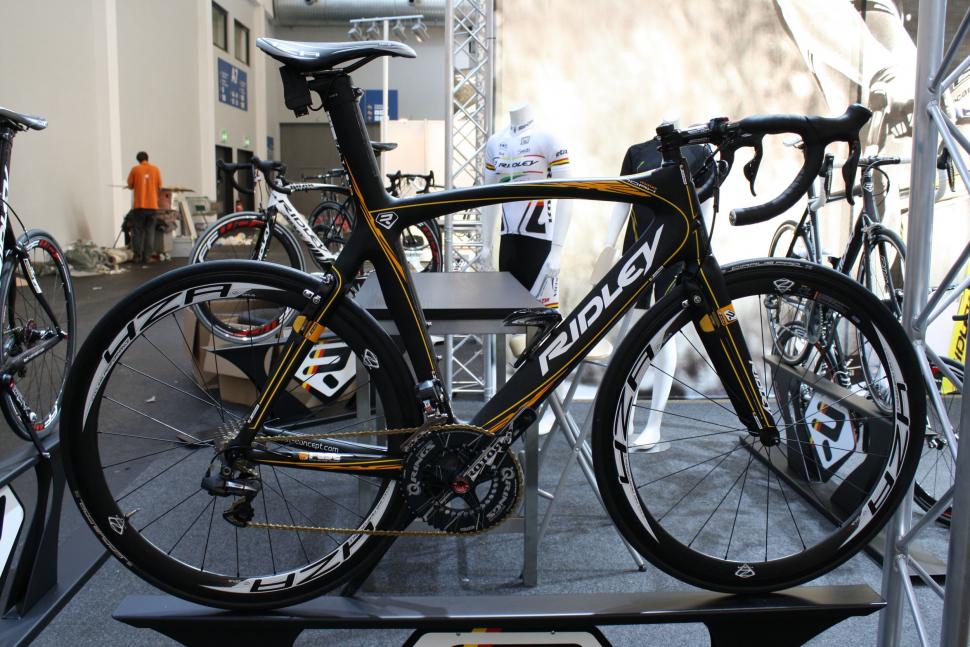 2011 Tech review pt 2: also the year in which fixies grew gears and cyclo-cross bikes got a new name. Maybe.

Leaving aside the electrically-driven gears from two manufacturers now that we wrote about in part 1 of our 2011 roundup, the manufacturers at Eurobike - always our Tech News highlight of the year - were keen in areas other than showing off who had the cheapest Shimano Ultegra Di2 bike.

As our extensive coverage from Germany showed the road-racing bike brands led especially by those sponsoring UCI WorldTour professional teams are earnestly locked in a battle to offer less weight for greater torsional resistance and more comfort with money either no object or the subject, in the case of the German rivals Focus, Canyon and Cube with less of a commitment to WorldTour sponsorship, of a very real and bitter battle to offer the best as well as cheapest Ultegra Di2 bike.

With our heads firmly in the clouds and torn between exotic offerings from Specialized and Cervelo both of which we've ridden, as our favourite bike of the show we'd still have to plump for the new Ridley Noah Fast with its carbon F-brakes not just integral but formed from the actual structure of the rear stays and forks. As we said in last year's 2010 review about the Look 695, we're going to see more of this kind of component integration from manufacturers. Meanwhile, we're looking forward to riding the Noah just as soon as the Lotto-Belisol boys have got theirs.

Look out on January 1st, by the way, for our 2011 'Best of the Best Bikes' where we choose our top three bikes from all the machines road.cc has reviewed this year. We're arguing about them now even as you read this. 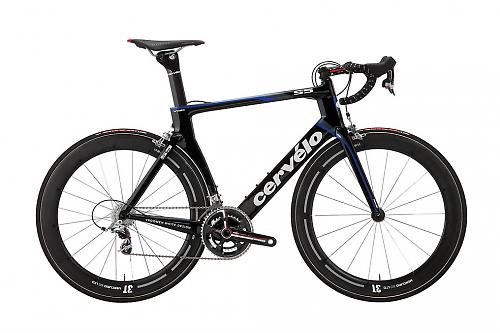 Cervelo S5 did the business in its first season, winning races and selling despite controversial looks.

Down to earth though with pricing

The horrible truth for most this year has been less money to go round so despite a large increase in people actually cycling, at best the majority of buyers are looking to find the best bike and package of accessories for under £1,000, often helped by the government and one of the systems like Cyclescheme. The fanatics whose numbers have increased in more modest numbers are getting super-educated about tech but also where they can get best value, partly from those German rivals previously mentioned but also a number of UK-based specialists like Ribble and Planet X. 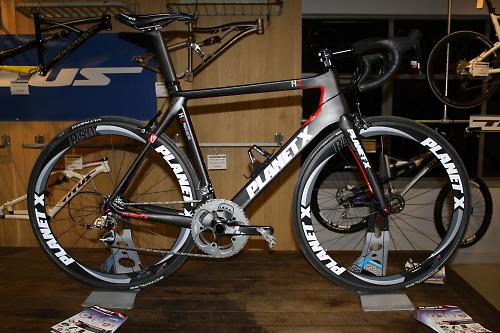 Planet X: with plenty of bang per buck their N2A impressed us this year.

Meanwhile, the biggies of the industry like Giant are as competitive as ever and only in the last few weeks Merida have announced price drops for 2012 which will have sent a shiver down the spines of product managers all over Europe, let alone the UK. Treating Britain's-Biggest-Bikeshop Halfords as a yardstick, they have introduced an extended and improved range of Carrera road bikes at keen prices most notably a first sub-£1,000 carbon Virago model we're just about to review. Watch out for that one.

Of course, none of this has dissuaded luxury brands such as Gucci with bikes and helmets and Assos with sunglasses from pitching into the high-price-ticket cycling arena firmly believing that if there is a wealthy clientele more enthusiastic about cycling than ever, then why not appeal to the same emotions that motive them to buy fabulous cars and jewellery? 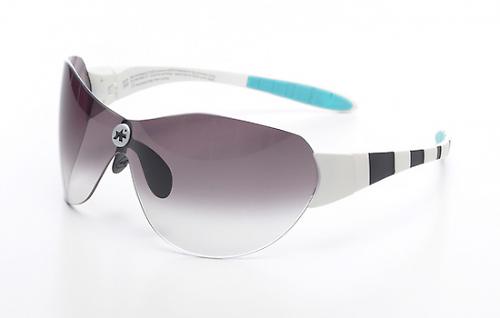 Assos got some stick this year for their £300 Zegho cycling sunglasses.

Bike retailing is tough and competitive

It would be tempting to think that will all the extra cyclists around, every bike shop in the land plus all the new ones opening would be coining it. On the contrary, business is migrating strongly to retailers who are doing a superb job of of a few things, with keen prices one of the most obvious. Wiggle, who just sold themselves to new owners for £180M and Chain Reaction Cycles are good examples of businesses doing it right if their expansion is anything to go by and Halfords by concentrating on value are on the up in the retail parks, even buoying up the car accessories side of their business. Traditional bike shops though are having to work very hard at doing something magical; most popular is focussing on that one thing cyclists have always needed to go to bike shops for locally and that's servicing expertise. Meanwhile, this year the first car showroom in the UK, a BMW dealership in North London, opened a bicycle department selling the Trek brand, thus perhaps beginning the reversal of the trend that started in the 1900s when the first car and motorbike showrooms were opened by bike shops. 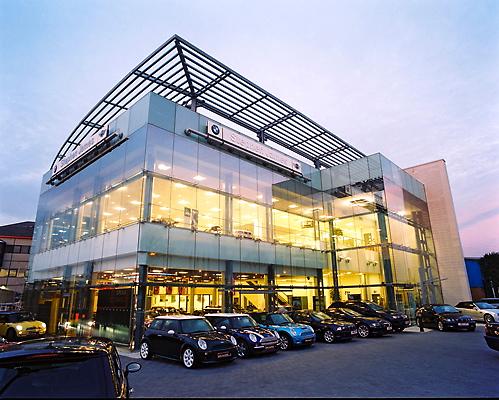 Stephen James Cycles opened this year in London, above the BMW dealership of the same name.

The rebirth of steel and custom work

Of course, anyone who's been cycling continuously over the last decade knows that steel has never really gone away on account of the sheer number of serviceable steel bikes being ridden around with plenty of new ones being sold from Britain's long-standing classic custom framebuilders like Roberts in South London, Argos in Bristol and Longstaff in the Black Country. From the ballyhoo, though, it's clear that a whole new generation of cyclists are appreciating the many pleasures of local craftsmanship and the Bespoked Bristol show  in June was a major running-up-of-the-battle-flag not just by established stalwarts like Brian Rourke and Condor  but a new generation of talented and hard-working youngsters in Ricky Feather, Demon Cycleworks and Tom Donhou, among plenty of others.

In addition this year we saw exquisite steel imports from Ciocc in Italy, Cherubim from Japan  and, just to prove this is more than an exotic pursuit, we previewed lovely new and reasonably priced offerings from Raleigh to add to the Genesis bikes that have been re-pioneering the bargain steel field for several seasons now. 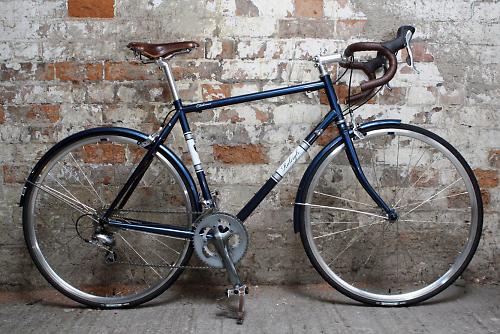 Raleigh's new £950 Clubman features a traditional Reynolds 520 cro-mo steel frame but with modern features like a sloping top tube for better sizing possibilities in the showroom.

Which with all the talk of both high-tech and bargain carbon-fibre and newly fashionable steel, that is not to say that aluminium as a framebuilding material is completely losing out. Apart from the low weight allied to tried and tested low-cost welding techniques, modern hydroforming has the wonderful ability to make an aluminium frame look as swoopy and sexy as a carbon frame; making clever shapes that help solve the old 'vertical compliance, lateral stiffness' conundrum while shaving off excess weight. This year we've seen superb looking new aluminium bikes from Lapierre - the Audacio - which we haven't had a chance to ride yet as well as the Bianchi Impulso and Cannondale CAAD10 which we have ridden. That latter one was really good. 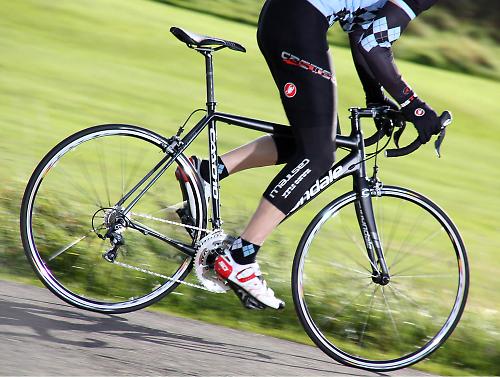 Cannondale CAAD10: a £2,000 aluminium frame our reviewer said you'd me mad not to consider.

Charge didn't actually invent fixies, obviously, but they did popularise the concept in a wide variety of bike shops that wouldn't have hitherto stocked road bikes, let alone singlespeeds. So we recognised an early trend last year when they introduced their Filter derailleur-geared options and this year we've seen not just an expansion of that range but also the dedicated fixie shops like Tokyo Fixed and Foffa in the groovier postcodes of London sneaking on surreptitious gear hangers even if not always dropped handlebars. It's all good for choice as the new cyclists introduced to cycling through the singlespeed boom develop a hankering to ride further afield, especially in the hillier places like Bristol and Edinburgh. And meanwhile Halfords recently introduced a sub-£200 singlespeed called Viking Racemaster which signifies it was probably a good time for fixie specialists to be diversifying anyway. 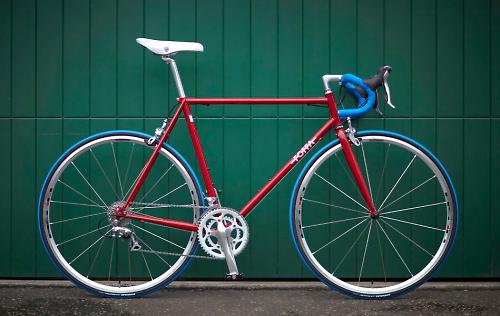 Foffa Gear: not very imaginatively titled but they're just getting used to the idea first.

Cyclo-cross bikes are hardly new and a few specialist companies have acknowledged for some time that models like the recently-reviewed Specialized Crux Elite are designed for racing or at least racing-style riding with nary a thought for load carrying capacity. But this was definitely the year that cyclo-cross as a bigger, more useful all-round category caught fire with excellent additions from Whyte  and Ridgeback to name but two and mostly they're coming with braze-ons for racks and mudguards as well as mountain bike derived geometry for stable handling in all conditions. This of course includes commuting which although thought of in the industry as boring is the single biggest and best reason why people justify buying a decent bike. Suddenly, therefore, cyclo-cross is sexy and interesting. What this more prosaic, everyday form of cyclo-cross bike needs is a name to differentiate it from the racing-style cross bikes and we're told by our spies in Germany that they're calling them "Abenteuer Cross" or "Adventure Cross" which sounds like a good label to us and it sure beats "Hybrid." 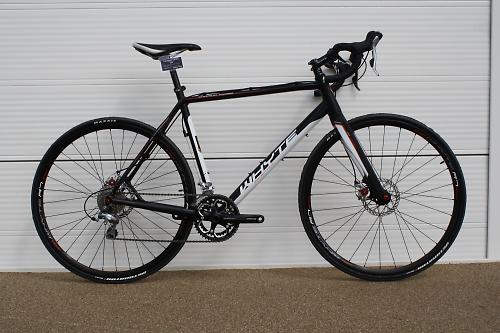 And finally, who would have thought bicycle lights could get interesting? 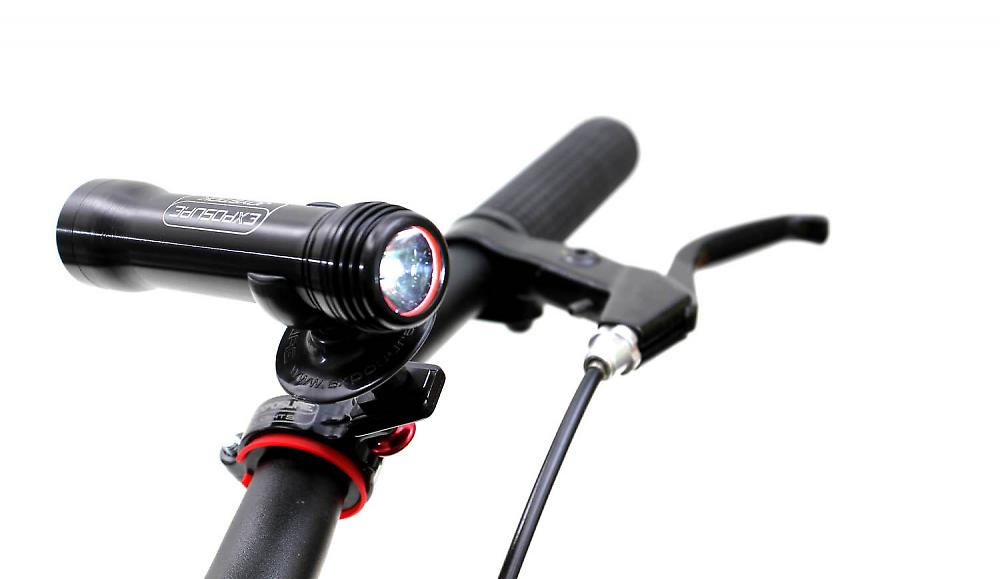 The explosion of interest in bike commuting and improvements in lighting and battery technology have made the discussion of bike lights almost as hot a topic as what your frame is made of. There have been quite literally exponential leaps in power, beam pattern and run time taking place each winter season plus interesting new entrants to the bike light field like Silva who come from making torches for cavers. We though this year it was time to introduce an improvement in the testing and presentation of the comparative data so that people who were planning, say, to ride  three miles each way on lit roads and spend £30 could look at the appropriate options while mountain bikers riding in the pitch dark could compare their best options, too.

Our 'Beam Comparison Engine'  shows not just the usual carefully calibrated photographs of actual light beams but also graphs where you can compare outputs from three competitive models. A bike shop told us last week that it was "the single best aid to helping customers choose the best lights" they'd seen yet. Which was nice. Why not have a play around with the light options in the three drop-down fields? And happy new year.